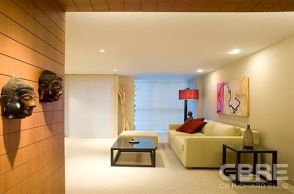 Most condominium units in Thailand nowadays are offered on a freehold basis. However, you will occasionally come across projects that are offered on leasehold. The maximum lease term allowed in Thailand is 30 years, and this lease is registered with the Land Department.

The first type is properties located on land that is not available for freehold, such as land that is owned by the Crown Property Bureau, the Privy Purse, church temples and foundations or individual and private entities who do not wish to sell their land. Therefore, projects built on leased land are sold on a leasehold basis, for instance, projects like Hansar Rajdamri, St Regis Residences and Urbana Langsuan.

In essence, the term “leasehold condominium” is not correct. These projects should actually be referred to as “long-term leasehold apartments”, where the rent is paid up front and the building remains under the ownership of the developer. This is unlike freehold condominiums, where buyers have ownership rights to their individual units and all unit owners jointly own the common area. There are cases where there is a contractual obligation to renew the lease after the initial 30 years. Payment for the extended lease is rarely mentioned, but is often based on the open market value at the time of renewal, or sometimes, though very rarely it might be based on an agreed formula.

As a ballpark guideline, the market value of a condominium on a 30-year lease ranges between 30 and 70 per cent of its freehold value in a similar location, depending on how prime the location is. Aside from product quality and branding, the leasehold value is higher in an area where freehold is not available or rarely available. A prime example of this is the Ratchadamri area.

Another category is what I call “leasehold for foreigners”. In projects where most of the target buyers are foreigners, it gets complicated when the foreign freehold quota reaches 49 per cent and developers have to offer a long-term lease for the remaining units. To make the property as close to freehold as possible, developers offer a series of renewable leases with two or three renewing options totalling 90 to 120 years. This sort of leasehold is not based on the willingness of the developer or buyer, but on the law, which prohibits selling freehold above the 49-per-cent foreign quota. The project usually ends up with a mixture of freehold and leasehold ownership in the same building.

On the other hand, some developers might decide to put the entire project under a leasehold structure, though this would not be popular among Thai buyers, who prefer freehold titles.

The downside of this leasehold structure is that although the price has been fully paid up, the unit owners are still required to physically go to the land department in 30, 60 or 90 years to register the lease. This can be risky, as the contracting parties may cease to exist.

The good news is that this government is considering extending the 30-year lease term, though how long is still unclear. The authorities should not just look at practices in other countries, but also understand leasehold ownership in relation to law, see how best it can be implemented and find out how loopholes in relation to foreign leasehold, such as extending the term beyond 50 years, would serve a purpose.

More here:
Understanding the Option of Leasehold a Bit Better

Thailand Property- Land and Houses to launch 18 projects in 2011