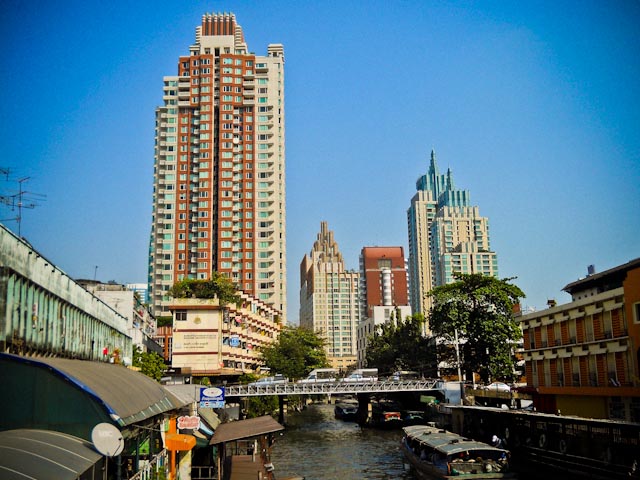 Bangkok condominium prices rose 3.4 per cent in the last quarter of last year, driven mainly by the popularity of suburban areas located along mass-transit routes, according to a Knight Frank Thailand survey.

Suburban condominium prices rose 5 per cent, while those in city areas rose 3.65 per cent. Prices of condominiums in peripheral areas – which are farther out than suburban areas – rose just 1.63 per cent because of plentiful supply.

Of new condominium units introduced last year, 72 per cent were in peripheral areas, forcing down prices.

Knight Frank said that last year, 68,745 units came on to the market in Bangkok, nearly double the figure in 2009. Photo : Camilla Davidsson

“Condominiums in peripheral areas still show opportunity in certain locations where supply is not tremendous. Condominium supply may be less than last year since developers are aware of competition, which will lead to a price war.

“However, there will be some developments in peripheral areas due to the lack of land in city areas. The selling price per square metre is expected to increase because of the hike in construction costs and the inflation rate, thus condominium units will be compact to ensure unit prices are affordable for buyers.”

He said most buyers would purchase condominiums for their own use, rather than for speculative or rental purposes.

Total supply of Bangkok condominiums was 183,378 units. Previously, the inner city was the most popular area for condominiums but suburban areas are now gaining in popularity.