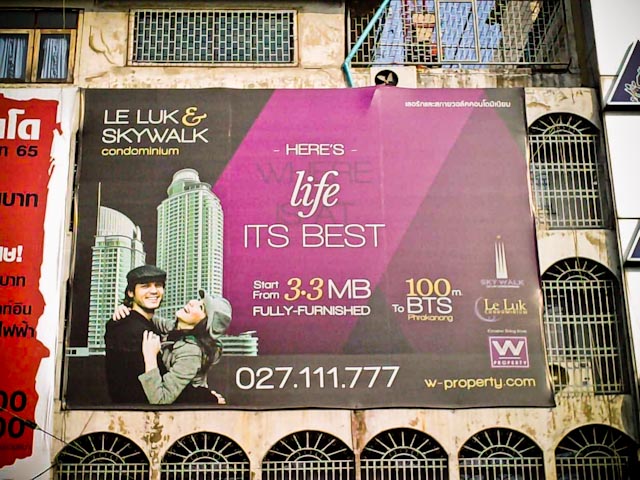 REIC director-general Samma Kitsin said property inventories at that time would take between 24 and 26 months to clear – in the event that no new supply hit the market.

Before, they wouldn’t accept bookings before a grand opening but the change happened after LPN was unable to sell out its Lumpini Park Riverside-Rama III project when it opened in the fourth quarter of 2010.

According to the financial results of property firms at the end of 2010, residential inventories, covering both undeveloped land and finished homes that were ready for occupation, had risen by between 20 per cent and 100 per cent. According to the Agency for Real-Estate Affairs (Area), the inventory of finished but unsold residences in Bangkok and its suburbs totalled 110,666 units in August last year. Of these, about 36,352 units, or 33 per cent, were townhouses.

Thirty-two per cent, or 35,187 units, were single detached houses and 25 per cent, or 27,209 units, were in condominiums. However, the Real Estate Information Centre (REIC) says its research shows that the total inventory in mid-2010 amounted to 189,000 units worth Bt472.5 billion, for an average price of Bt2.5 million per unit. The research also shows that home-buyers behaviour has changed from buying low-rise residences such as single-detached houses, townhouses and twin houses, to condominiums. This follows planning for new mass-transit routes in Bangkok.

REIC director-general Samma Kitsin said property inventories at that time would take between 24 and 26 months to clear – in the event that no new supply hit the market.

Since the beginning of this year, there has been a lot of discussion about inflation in the general economy. The prices of basic goods and services have risen steadily. So have property prices. Increasing land cost is the main reason for the higher house and condominium prices, and the uptrend seems to be continuing.

In order to keep units affordable, developers have been reducing their sizes in all types of residences – townhouses, single-family homes and condominiums. Then the main challenge for developers is to create a project that may be smaller in size but still large in delivering a pleasant living experience. Living “large” here means maintaining the quality of life or even creating a better quality of life while building smaller units.

The first success factor of any property is still “location”. This becomes even more important when the city is expanding and traffic is still a drag. This is one of the major drivers of demand for urban condominiums, because they save time spent on the road. A closer location saves people time and enhances their quality of life. So condo buyers pay a high premium compared to the outskirts as a trade-off for their time.

When a unit is smaller, innovation in design becomes more critical. A good house plan or condo layout has to provide all the functions required by occupants while offering a comfortable feeling. Attention to detail is very important. Every corner of the room should be used creatively. Luckily, many interior designers and furniture-makers have helped a lot in this area.

Asia’s luxury residential on the rise, but Bangkok lags behind