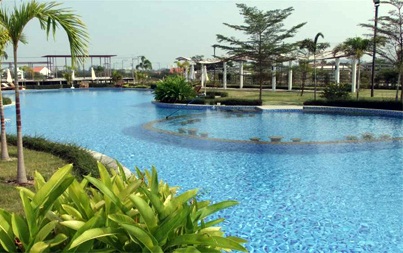 The district of Hua Hin is particularly attractive to Scandinavian visitors accounting for nearly 44% of foreign hotel guests in 2010.  Also in terms of residential purchases this group accounts for the biggest market although interestingly Sweden, Norway and Denmark represent a significant buying market but not Finland, despite recording the highest number of visitors out of the four countries.

There are a number of reasons for the connection according to Patima Jeerapaet, Managing Director of Colliers International Thailand.

he said. In general Scandinavians tend to be more family orientated but independent minded and also prefer the outdoor lifestyle.

The Scandinavian connection in Hua Hin

“This is what could lead them to Hua Hin rather than the other more commercial resorts in Thailand” added Patima. As a result not only are many Scandinavians purchasing property in Hua Hin but also a number of developers hail from the region.  The social security systems in these countries allow for generous retirement provisions and this will mean that many of the retiring babyboomers in Scandinavia will have the capital to buy a second home in order to escape the Arctic winter weather.

Foreign enclaves, a recipe for success ?

It sounded like a recipe for success. Develop a villa development on land in the hills above the coast of Hua Hin and target mostly one nationality. Hence Little Swedens and Norways were created which allowed for easy communication through a common language and a feeling of togetherness.

The reality is somewhat different as these communities are somewhat isolated and residents’ social lives can often be limited to a small group of people and personality clashes result. Within the communities there can be peer pressure to act the same way like they do in their own countries. People chose to live away from their home country for many reasons and escaping from the confines of their home country is one of them but they end up out of the frying pan into the fire.

One retirement development called The Falls actively encourages this. Such buyers are normally very international in perspective and comfortable in more than one language. They are more than happy living with people from different nationalities due their previous cosmopolitan lifestyle and this enhances their experience of living in such communities. With such nationality based developments starting to be out of flavour, residents find it tough reselling their units. It would be difficult selling a unit in little Sweden to someone outside that country for example.

The average selling price in the Hua Hin Coast area is the highest at more than THB 78,000 per sq m., although the maximum selling price in the area is approximately 150,000 per sq m and the minimum price starts at THB 46,000 per sq m. Cha Am records a similar average figure as many of the projects are located closer to the sea than in Hua Hin and in close proximity to the centre. Hua Hin Inland has lower prices due to its distance from the coast and the less well known developers while the remoteness of Pranburi accounts for the lower prices in that district.