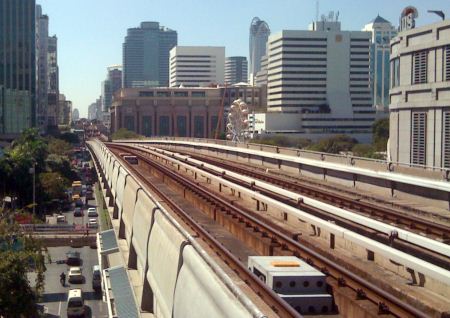 The prices of residences on Phloenchit and Chidlom on Wireless Road have risen sharply compared with other locations to more than Bt200,000 per square metre on average, due to limited availability of new land to develop residential buildings and also the transportation and facilities there that support the city lifestyle.

The Nation launched a survey early this week about the price of residences at Central Business Districts (CBDs) such as Sukhumvit, Sathorn, Silom, Rajdamri, Phloenchit and Chidlom. The survey showed that condominium prices on Phloenchit and Chidlom on Wireless road were higher than other CBD locations with an average asking price of between Bt200,000 per square metre and Bt250,000 per square metre.

If the new luxury project by Sansiri under the fashion-condominium concept, designed by a global fashion designer, starts presales, condominium prices in this location may shoot up to nearly Bt300,000 per square metre. Sansiri bought the land for the project at a cost of Bt1.5 million per square wah. Most of the upcoming condominium projects on Chidlom and Phloenchit are being developed as mixed-use projects that combine condominiums and commercial building, serviced apartments, and luxury hotel.

The limited land availability will result in the development of high-rise buildings in this location. Yutthachai Charanachitta, president and CEO of Amari Estates that manages Oriental Residence on Wireless Road, said that because of the limited number of new residential projects on Wireless Road the residential price in this location has increased by more than 20 per cent.

For example, condominium price in Oriental Residence started at between Bt130,000 and Bt160,000 per square metre when the project was launched two years ago. But now, the project has succeeded in selling about 85 per cent of 193 units, and only 33 units are now available. The company has revised up its sale price to Bt230,000 per square metre, up 53.33 per cent, after the company added value to fully finished residences for sale.

Lido Theatre to be Erased for New Shopping Mall