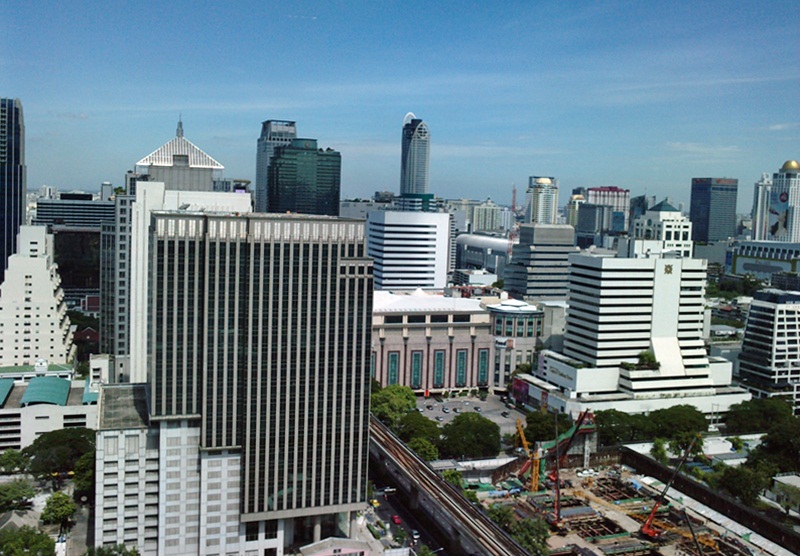 The number of real estate projects, particularly condominiums, in the Thai capital is the highest in the ASEAN countries and triples that of Jakarta, which ranks second highest, according to the Thai Appraisal Foundation. Analysts around the region are closely monitoring the fast growing housing projects here.

In the first nine months of this year, new condominiums in Bangkok sprouted up at the rate of 42 per cent year-on-year.

In the first nine months of this year, new condominiums in Bangkok sprouted up at the rate of 42 per cent year-on-year.

More condominiums are on the way as developers and investors see a rising future housing demand, particularly after the formation of the ASEAN Economic Community in 2015.

“The condominium market is highly competitive. Projects not achieving target sales quotas set by the financial institution will not be given financial credit to continue, so construction will be put on hold,”

Mr Samma said.Thai Appraisal Foundation president Sophon Pornchokchai sees condominium sales accounting for 70 per cent of housing market shares. The ratio of home buyers and speculators is 2:1 now.Real estate prices slightly increase by five per cent annually and there is no sign of a real estate bubble, he added.“Currently, finished condominiums are mostly occupied by the owners themselves. This is not a problem, but if it grows unstoppably, it is not a good sign and the growth is probably related to purchasing for speculation. In some countries, speculation can be prevented as banks do not give loans to speculators,“ he said.

via Bangkok condo growth soars to highest level in ASEAN.

Thailand Property Awards, who decides what ?