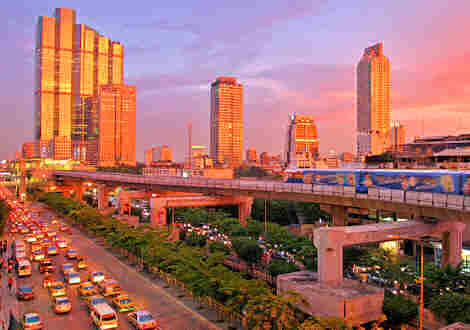 Bangkok developers are moving away from Central Business District where rising land prices are hurting the overall costs. A shortage of available land in Bangkok’s central business districts has caused residential developers to move their projects far from the inner city but still close to extended and proposed mass-transit routes, The Nation reported.

According to a survey by The Nation, one of those locations is from Rattanathibet Road to Nonthaburi’s Bang Yai district, which is close to the MRT Purple Line that will run from Bang Sue to Bang Yai.

Thailand’s property market was able to rebound from past crises and there is every reason to believe it will be able to absorb the blow of recent political tensions. The taxation situation has actually improved the conditions for purchasing property in Thailand, and if property prices do dip slightly as a result of the current situation it may actually be a good time to buy as there is a very real possibility Thailand property will regain its golden outlook soon.

Bangkok New Supply is a One Bedroom Condominium