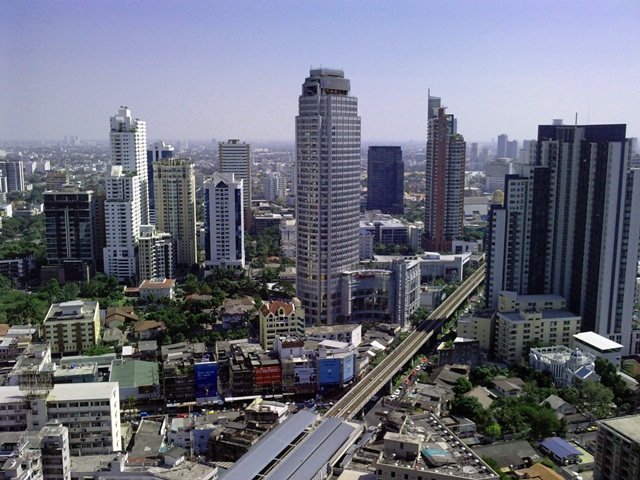 Foreign investors in South-East Asia are being blamed– and subsequently charged– for the rising prices in property markets, making it difficult for locals to buy.

Singapore recently initiated a tax increase for foreigners buying property in the island nation. The government said it was a ‘cooling measure’ to deter a market bubble and rising prices.

Malaysia is the latest to follow as foreign investors are blamed for the rising prices in many South-East Asian countries and other parts of the world, and are said to be the reason why locals are increasingly unable to afford to buy properties in their own countries.

The tax hikes are in part by way of a higher Stamp Duty tax, and apply especially to foreigners with more than one property. The measure is said to be temporary, however.

In Singapore, the proportion of prime, new-build property purchased by foreigners is 25%. In Hong Kong, it’s around 50%. Meanwhile, all the way over in London, foreigners make up between 50-70% of purchases.

The measures, which will take effect on January 12, include higher buyer’s stamp duty, tighter loan-to-value limits, higher minimum cash downpayment for second and subsequent housing loans, as well as an introduction of seller’s stamp duty for industrial properties.

The package of measures is the seventh round of property cooling measures introduced since 2009.

Deputy Prime Minister and Finance Minister Tharman Shanmugaratnam said it is the most significant set of measures undertaken by the government so far.

The government said previous measures had helped to dampen speculative buying, but demand for residential property remained firm and prices have continued to rise.

Mr Tharman said investment demand from Singaporeans has been strong and those who are buying their second or more property accounted for half of the buyers for new units in the private residential market.

He added: “I would say prices are running away from the fundamentals. Had we not intervened previously, I think we would be in serious trouble now, we would be in a real bubble now.

“But what we are seeing is a continued gradual rise in prices and we don’t intend that to continue because it will only mean that you get a more serious fall further down the road.”

The measures tighten property ownership for investment, as well as on foreign buyers, according to the statement issued by the government.

To discourage over-borrowing, financing conditions for housing have also been tightened. In addition, structural measures have been implemented to strengthen the policy intent of public housing and executive condominiums.

The government said the additional buyer’s stamp duty (ABSD) will be increased between 5 and 7 percentage points across the board.

“In light of the latest measures and soaring property prices in Singapore, investors will definitely run out of Singapore, as they are not confident whether there will be any other measures at home in the future,” Mr Lin said.

Singaporeans are looking for properties in destinations where prices are not high or at their peak. For middle-income investors, top destinations are Johor Bahru in Malaysia, followed by Chiang Mai.

The two cities meet their demand and are also holiday destinations.

“If Singaporeans invest outside their home country, most of them will not go to too-far destination such as London but rather Asian countries such as Malaysia and Thailand,” said Mr Lin.