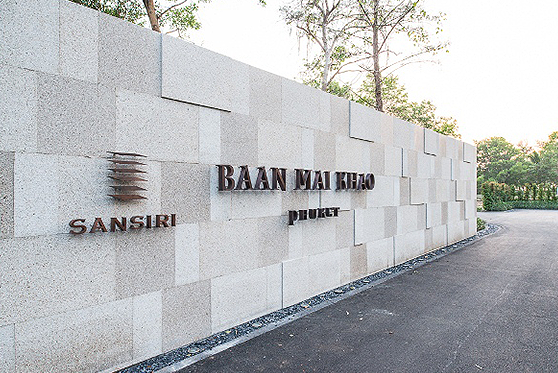 Property companies are expanding their investment to develop more than Bt50-billion worth of residential and commercial projects in Phuket this year and next, on the back of strong demand from both Thais and foreigners.

According to a survey by The Nation early this week, a number of Bangkok and Phuket developers and investors have introduced new residential projects and commercial buildings in the province.

For example, Central Retail Corp is spending more than Bt20 billion to develop a major mixed-use project comprising commercial, retail, hotel and office buildings, plus a condominium, on 200 rai (32 hectares) of land.

Property firm Sansiri, has been expanding its investment in Phuket since 2011 by launching 17 condominium and detached-housing projects.

Construction of the project, which will develop 630,000 square metres of usable space, starts this year and is expected to be completed within five to seven years.

Property firm Sansiri, meanwhile, has been expanding its investment in Phuket since 2011 by launching 17 condominium and detached-housing projects.

Charn Issara Development, which has long experience in the luxury-hotel segment in Phuket with its Sri Panwa property, plans to launch two new residential projects combining condominiums and detached housing projects worth Bt1.7 billion in the island-province. Construction is due to commence next year.

Tri Property launched two condominium projects, the Zcape and Zcape x2, in Phuket this year, both of which have already sold out. It has, therefore, introduced the Bt1-billion Zcape 3, this quarter. The project comprises 417 units at a starting price of Bt1.69 million apiece.

Laguna Resort and Hotel plans to develop a townhouse and condominium project, Laguna Park, on a 237-rai plot. With a combined 2,000 units worth Bt2 billion, the project will have four phases and construction will commence next year.

Amari Estate is introducing just 28 units in the Bt238-million Amari Residence Phuket, while Pruksa Real Estate has five townhouse projects and one detached-housing project with a combined 1,200 units worth more than Bt2 billion. Pruksa introduced the projects to the market in 2010.

CB Richard Ellis’s research shows demand to purchase homes in Phuket is coming from both domestic and foreign buyers, with the latter – largely from Scandinavia, other parts of Europe and Singapore – mainly looking to buy a vacation property.

According to the survey by The Nation, this year through 2015 will see more than 4,000 new condominium and low-rise housing units completed on the island.

The most popular condominiums in Phuket fetch between Bt1.5 million and Bt5 million per unit, while townhouse prices are generally in the range of Bt3 million-Bt5 million and detached houses and villa-style homes average Bt5 million.

With an investment strategy conceived to transform Phuket into the dream destination for people all over the world, the group aims to fill all the gaps in the island’s lifestyle business segment with high-end experiences that include top-class hotels, luxurious shopping malls, office towers, world-class entertainment venues, quality dining and chic night-time hangouts, he said.

Central Retail Corp’s Bt20-billion investment in the Central Festival Phuket complex, which will span a period of five to seven years, will offer Phuket’s visitors an unparalleled experience and support the government’s policy on attracting high-end tourists to the island, he added.

“Due to the high potential of Phuket province, Central Group has established several businesses in Phuket – including a Central department store, two branches of Robinson department store [Phuket and Jungceylon] and HomeWorks, Power Buy, SuperSports, B2S and Tops stores – and Centara Group is also an active investor in the province with seven hotels under the Centara Grand, Centara Villa and Centara branding, plus the Waterfront Suite Phuket by Centara serviced apartment.

“We intend to launch three more hotels over the next five to seven years in response to the demands of tourists today and tomorrow, and we have plans to continue development in the area even further,” said the chief executive.