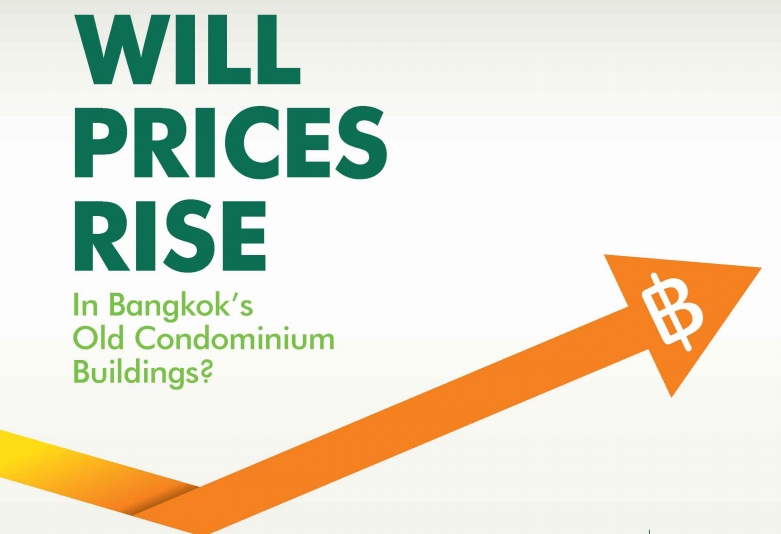 One of the strangest features of the Bangkok condominium market for Western purchasers is that prices of older condominiums do not move upwards at the same rate as newly-launched projects; in some cases, they have not moved at all.

In many developed Western markets it is possible to value a property per square metre by location but clearly in Bangkok this is not the case.

A purchaser looking at any location in Bangkok will still see a huge difference in price per square metre for new off-plan sales compared to even the asking prices at older properties.Unlike the UK or Australia, actual sale prices are not publicly available data in Thailand even though this information is collected by the Land Department when the transfer of title takes place.

Though asking prices for resale units do not always reflect real market prices, they are an indication of the same. Potential purchasers can easily see asking prices by looking online at the units being offered by major agents such as CBRE or using simple Google search terms such as “condominium for sale” followed by the name of the street.

If we take one of the most popular locations such as Sukhumvit Soi 24, we can see a huge range of prices. The oldest condominium on the street is Grand Ville House I, completed in 1981, where asking prices are THB 60,000 per square metre.

Thailand’s first condominium act was made law in 1979 (B.E. 2522), legally permitting freehold title deeds to be issued for individual units in buildings. The first condominium to be completed in Bangkok was Siam Penthouse on Sukhumvit Soi 8 in 1981. The first big wave of condominium launches came in the years after 1989 up to the Asian Financial Crisis in 1997.

Over 29,000 condominium units were completed in downtown Bangkok during that period. Many were built by inexperienced developers, bought by inexperienced, mainly speculative purchasers, and constructed by contractors stretched on capacity and supervision.

Many of these buildings were not well designed, both in terms of layout and specification. Some had poor entrance lobbies, sometimes located in the centre of the ground floor car park, common corridors were badly decorated, and unit layout designs were inefficient. Improving these buildings has been difficult. Communal decision making by condominium co-owners has proved challenging with many examples of disputes between groups of co-owners.

There are a number of factors that could close the price gap between new and old buildings:

One argument is that when no new buildings can be built in a location due to scarcity of suitable land then demand will focus on the value opportunity in older condominium developments. However, despite the building boom that began in 2002 (briefly interrupted by the global financial crisis), there are still underdeveloped plots in most prime locations and we are still quite a long way from running out of development sites in the city centre.

In some cities, the land value alone as a potential redevelopment site has been worth more than the total value of the land and old structures. Therefore, co-owners of old buildings join together and agree to sell all the individually owned condominium units to a developer for redevelopment, with the total sum per square metre for the whole building being higher than the total value of units if they were sold on an individual basis to different buyers.

Another factor that may push up prices of old condominium buildings is the residential rental market. More than 95% of tenants who rent residential properties in Bangkok with rents of more than THB 20,000 per month are expatriates. Most expatriates who come to work in Thailand prefer to rent a home for a limited number of years rather than purchase a property.