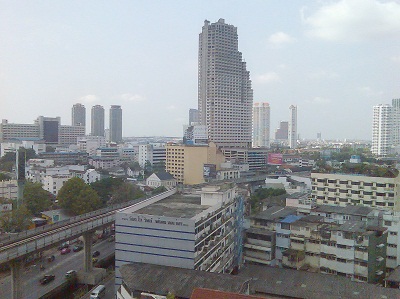 Thailand’s property developer confidence index reached a record high of 57.8 in the fourth quarter of 2009, boosted by an increase in total sales, employment, and the launch of new projects, according to the Bangkok-based Real Estate Information Center.

Government Housing Bank president Kan Prachuabmoh, acting in his capacity as chairman of the centre, said the index rose from 55.8 in the previous quarter and 36.3 in the same quarter the year before.

Sales, employment and project launches increased, particularly in December last year when property developers accelerated project construction, consumers rushed to buy in response to sales promotion, and commercial banks stepped up lending because state-supported ownership fees and mortgage reductions were due to expire.

In addition, at that time property developers needed to speed the activities to close their balance sheets

He said the confidence index in the next six months will edge up slightly showing that property developers are confident the property sector will improve in the future as new developers gradually inaugurate new projects.

However, he allowed that spate of anti-government protests, fuel price fluctuations, and higher steel prices due to the substantial demand for steel in China remained key negative factors that need to be closely watched and understood.