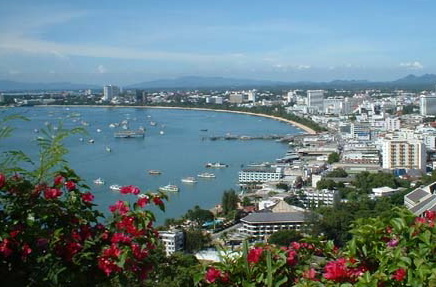 Boss reveals a mandate to expand the brand in south east Asia, and confirms two new signings in Pattaya signals a start to this strategic process.

Some observers are concerned that the 2008 global financial crisis may affect the Thai real estate market. Many see similarities between the current US crisis and the 1997 Thai crisis, particularly in the role played by an over-built real estate sector. To properly analyze the 2008 global financial crisis’s impact on the Thai real estate market, we should first look at the current Thai real estate environment. The Thai real estate industry has grown significantly since the 1997 financial crisis. Although speculation is prevalent in some sectors, we have not experienced a 1997 bubble-like boom. Generally, a real estate bubble occurs when property prices rise quickly in a short period, primarily from speculation – resulting in a supply-and-demand imbalance. When property prices are rising faster than the cost of money and banks continue increasing loan-to-value ratios, funding becomes easier – propelling additional speculation.
The completion of the Suvarnabhumi-Bangkok International Airport has spurred growth in commercial property markets in eastern Bangkok as well as in the beach resort of Pattaya. Thailand has become even more accessible by air with a wide range if International carriers using Bangkok as a hub. In recent years, there has also been a surge in budge carriers, offering very competitive prices to both local and international destinations.

Falling consumer confidence : The slowing global economy together with unstable local political and economic environments will result in falling consumer sentiment and confidence in Thailand. Consumers will delay home purchases because they will be unsure of current and future incomes – directly affecting real estate demand. The general public will also begin losing confidence in the financial sectors, although not as severely as in foreign countries. Investors earn income from rentals. If the economy turns bad, rental rates and occupancy rate in Thailand may fall, forcing many investors to become sellers. When speculators and investors become sellers, extra supply is thrown into the market. Demand and supply pressure are exerting negative sentiments on the Thai real estate market in 2008-2009. However, some developers view the situation as an opportunity. Small developers will react immediately to the negative consumer sentiment by reducing new housing construction, providing larger developers an opportunity to gain market share in the Thai real estate market for 2009. Large development companies with strong reputations, strong balance sheets, and higher operational efficiencies will the first to benefit once the market turns around.

Office vacancy in Bangkok on the rise as firms cancelled recruitment