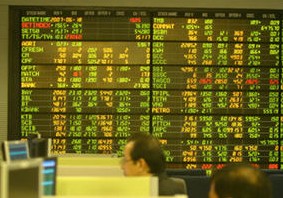 Both the stock market and the baht yesterday rose to their highest levels since mid-2008 on foreign investors’ confidence the red-shirt protests would not escalate into violence.

Thailand’s GDP growth remains largely tied to external demand and developments in advanced economies will continue to dominate the path of the economy in the short- and medium-term. The external environment has been relatively more favorable in the past six months as the effects of fiscal and monetary stimulus are felt and inventories in the advanced economies are being replenished, supporting production into the medium term. However, full recovery from the financial crisis and a return to high rates of import demand growth in developed countries is not expected in the near term, as US consumers have to rebuild their balance sheets following a decrease in wealth in the order of US$14 trillion while employment prospects remain weak. As a result, growth rates of high income countries are expected to be subdued at under 2 percent in 2010, implying continued weak demand for Thai exports.

Stimulus programs were implemented in Thailand throughout 2009, confirming improved expectations, boosting demand and supporting the momentum of the economic recovery.
The key risk to the global recovery lies in the need to get the timing of withdrawing fiscal and monetary stimulus just right. Withdrawal of fiscal stimulus too early may lead to another negative demand shock and a negative expectations spiral, whereas withdrawing the stimulus too late may lead to high inflation, further weakening of the US dollar, and possible asset price bubbles. In Thailand, for example, more than ten years since the 1997/1998 financial crisis banks still have bad loans in their books and the government still holds a large amount of debt related to the recapitalization of financial institutions. Given the expected length of recovery, it is important not to withdraw stimulus programs too soon, before the recovery is on a firm footing. On the other hand, macroeconomic imbalances are accumulating and eventually fiscal and monetary authorities, especially in the US, must consolidate their fiscal position and withdraw liquidity.