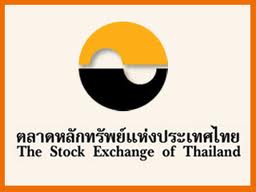 Stock Exchange of Thailand SET President Charamporn Jotikasthira on Tuesday said he had not yet seen a sign of foreign capital outflow and a withdrawal of investment by Japanese investors from the Thai bourse, despite the twin disasters in Japan.

Mr Charamporn said the removal of Japanese investors investment in Thailand had not yet been seen clearly although Japan experienced an unusually large earthquake and tsunami disaster recently.Foreign investors had sold Thai stocks throughout the past week because they wanted to adjust their investment portfolio, he said.

via SET chief sees no sign of foreign capital outflow.

Japanese investment in Thailand will not decline and should accelerate in the near term as Japanese companies step up investments overseas following the destruction caused by massive earthquakes and a tsunami 10 days ago, say Tokyo-based government and business representatives.

Yasuo Hayashi, chairman and CEO of the Japan External Trade Organisation (Jetro), confirmed Japanese companies will not cut back their investments in Thailand as the Japanese recover from their worst crisis since the second World War and tackle nuclear radiation leakage.