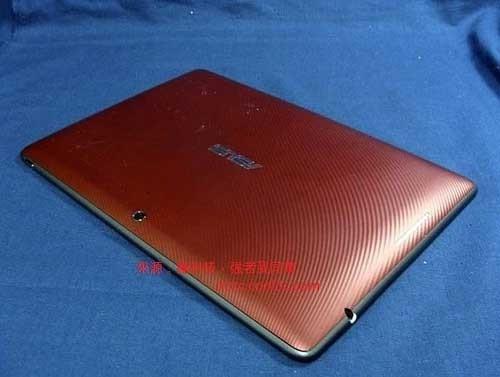 What you see above is the Asus TF300T, where according to Taiwanese site NCCC, it might actually be the next generation device in the Transformer family. Granted, the Asus Transformer and Transformer Prime did garner their fair bit of attention when announced, but neither has come close to cementing their mark as part of the higher echelons of tablets in the market.

The Asus TF300T is interesting to look at, as this 10.1″ slate has a model number that is numerically higher compared to its Transformer predecessors, where the original is known as the TF101, while the Prime goes by the moniker TF201. Too bad there is no additional information given to us, such as specifications, to make this bit of reporting more juicy to bite into. What we do know is, Asus might be out for blood from their competitors considering the color scheme of the Asus TF300T.
View article:
Asus TF300T might be Transformer successor