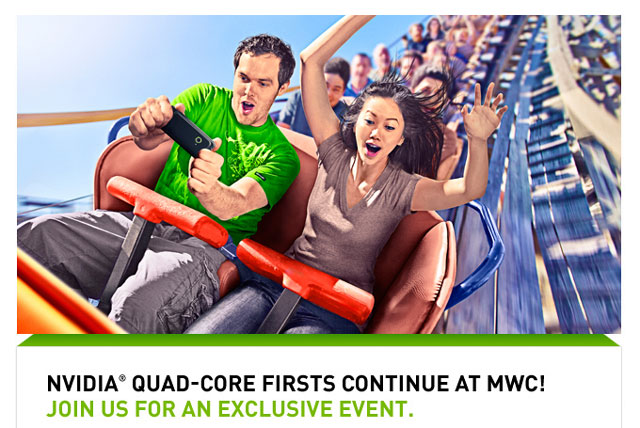 NVIDIA has started sending out invitations to its press conference at Mobile World Congress this year and it’s no surprise to what they’ll be showcasing. Clearly stating it on the invitation, the company will be showing off “the latest quad-core innovations from NVIDIA”.

With 2012 being touted as the year of the quad-core SoCs (just like how last year was all about dual-core), it’s no surprise that we get a preview of upcoming Tegra 3 devices this early in the year. There aren’t any specific details on what will be shown off at NVIDIA’s conference but we’re pretty sure there will be plenty of Android devices to feast our eyes on. What are the quad-core devices you’re looking forward to at MWC 2012?
Visit link:
NVIDIA to showcase Tegra 3 products at MWC 2012