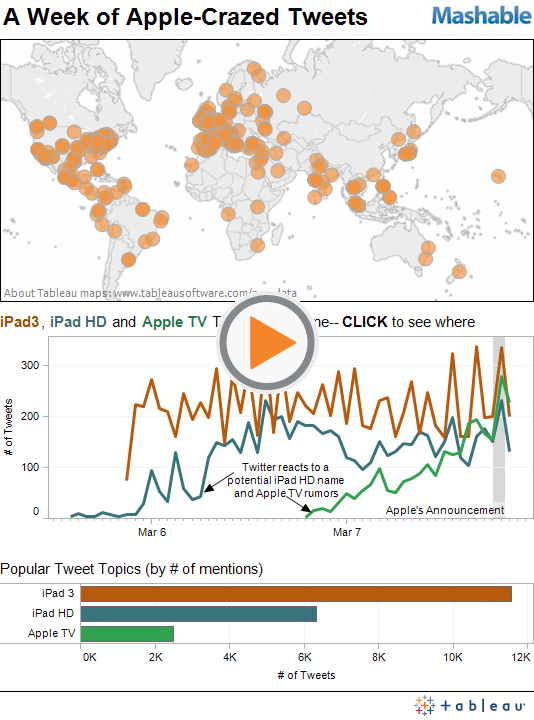 It’s likely your Twitter feed has been buzzing with talk about the new iPad all week, but what does that mean? Data on Twitter can tell you who and where these tweets are coming from. The rumors about the iPad 3 versus iPad HD have since been resolved (it’s just iPad). As you can see in this interactive chart, Twitter users seemed to have their money on the name iPad 3, which at more than 11,000 tweets, was the most talked-about. However, the iPad chatter dwarfed conversation about Apple TV, which received a little more than 2,100 tweets.

It comes to no surprise that most of the conversation originated in the U.S. and Europe, even with the additional Japanese support for Siri. Thanks to Ross Perez and the team at Tableau Software for putting this data visualization together for us.

How Twitter Reacted to the New iPad Announcement [INFOGRAPHIC]