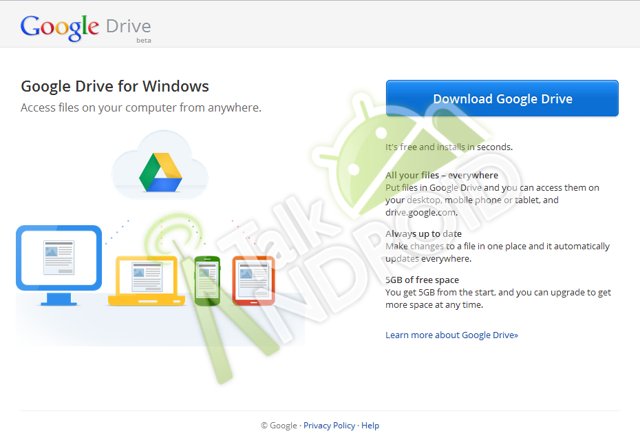 We’ve heard rumors of Google Drive launching early next month, and now it looks like we’ve got some visual confirmation of the service. The folks over at Talkandroid.com managed to get their hands on some alleged screenshots of the rumored upcoming cloud storage service from Google. From the latest screenshot, it looks like Google Drive will have an app for your desktop, mobile device and tablet as well. And contrary to previous reports, it looks like Google Drive will come with 5GB of storage free from the get go. Other than that, it seems to suggest that it works like Dropbox – store once, update everywhere etc
View post:
Google Drive spotted in a screenshot