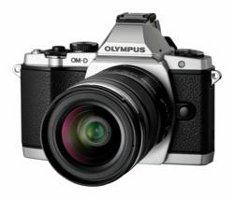 For those whose hearts have already melted because they have set their eyes on the Olympus OM-D E-M5, here is some good news. It is ready to ship to pre-order customers living Stateside, Canada, and across the pond in the UK and Germany. Better late than never applies here, since the device was originally meant to ship on March 31st as reported – and that happened only in Japan, with an “April” release date being attached thereafter.

Ah well, good thing we are just halfway into the month, which means the rest of the world waited just a fortnight after our Japanese friends managed to get hold of this 16.1-megapixel Micro Four Thirds beauty. By Ubergizmo.
Continue reading here:
Olympus OM-D E-M5 starts to ship around the globe