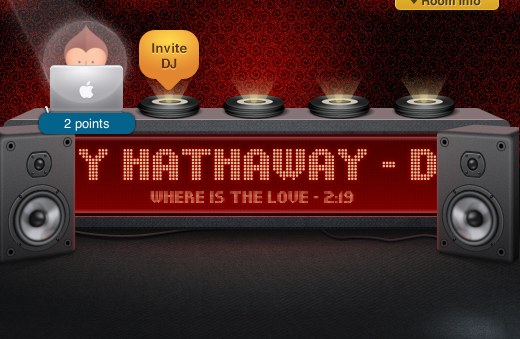 Remember Turntable.fm? The social music discovery service saw some massive growth last year, adding 360,000 users in its first three months and netting a $37 million valuation. It was interesting, it was original, it was the bane of productivity. But before long, the interest dried up. But why? That’s the question at the heart of a recent profile of the company in INC Magazine. In it, Turntable founder and CEO Billy Chasen and chairman Seth Goldstein speculate, albeit briefly, on where the love for their service — not to mention its growth and active user base — went. The explanation has a few parts. Much of the drop, certainly, came when the service was forced to block international users last June due to licensing restrictions. Thirty percent of Turntable’s initial audience came from Japan, so the loss of international users was a significant one. But that still doesn’t tell the whole story. Goldstein speculates that Turntable failed to advertise itself outside the perpetually fickle tech scene, which was certainly a part of the problem. Chasen’s view, however, is a bit more interesting, and probably more true: He blames the product, or, more accurately, the cadence of user interaction that the product demands. Here’s why that makes sense. Music listening, at least online, is for the majority of people, passive: It’s something that happens in the background, noticed, remarked upon, but not especially considered. This is particularly true when people are working: music here is meant to exist in the periphery; it’s entertainment without engagement. That’s a core part of its pull. But that’s a reality that Turntable hasn’t adjusted to all that well. The site’s social layer is almost inextricable from its larger experience, especially for those helming the DJ booth. And that’s fatal for a service whose users primarily use it during the day, ostensibly at work. Consider this: The service’s most populated room at the time of this writing was titled, perhaps unsurprisingly, “Indie While You Work.” It’s also notable that, in the time that I was listening to it, not a single song was skipped – a fact that supports the notion that not many users were actively paying attention to the room while listening. And then there’s the mobile side of things. Turntable released its iOS app in September of last year, and eight months later its Android app has yet to materialize. That’s a pretty big omission considering that Instagram’s Android app figured heavily into why the company got that $1 billion purchase from Facebook. Fortunately, that may be changing within the next few months. At last month’s Rethink Music event, Seth Goldstein said that an Android app would be “coming soon” — a revelation that probably doesn’t mean much to the Android users who have been waiting for it for the better part of a year. But will an Android app really make a difference? Unlike Instagram, the core Turntable.fm product isn’t a mobile one. Seeing as how the iOS app is essentially a miniaturized version of its browser format, it’s hard to argue that Turntable.fm has benefited all that much from the jump to mobile. Another hindrance to Turntable’s user growth is the site’s log-in system, which still relies on Facebook for authentication. While Turntable.fm did add a similar system for Twitter users in January, there are doubtless many people who aren’t all that fond of using either service to log in to an external site. But that’s not surprising. As with most services, there are the hardcore Turntable.fm users — and then there’s everyone else. The problem is that, while there are a lot of people that really love Turntable.fm, those people aren’t the majority. And that’s why the service hasn’t sustained the same level of press and user enthusiasm as it started with. Fortunately, the team seems to be on the verge of a few changes. Chasen told Inc that the Turntable team is working on a project code-named “Kiwi” which will more thoughtfully tap into the reality of how people interact with music passively. Similar to Pandora, the project will offer recommendations-based playlists, which a major departure from Turntable.fm’s current format. The are shifts elsewhere as well: The company is looking for a product designer, one whose job description entails evolving the look of Turntable’s look and feel on both the web and mobile. On the licensing side of things, Turntable.fm recently inked licensing deals with all four major record labels, adding a layer of legitimacy to the whole operation. Clearly, Turntable.fm is on the verge of something new, though whether this new direction will bring with it renewed interest is, at this point, uncertain. Filed under: media, mobile, VentureBeat

Why did users stop using Turntable.fm? Blame the experience