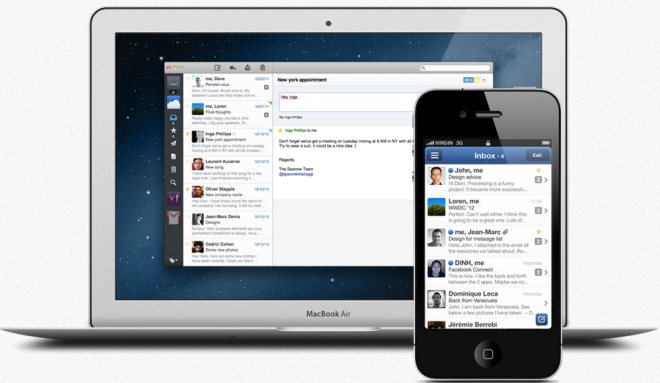 Google has just acquired Sparrow, a company that has gained notoriety for its innovative iOS and Mac e-mail clients. “We care a lot about how people communicate, and we did our best to provide you with the most intuitive and pleasurable mailing experience,” Sparrow CEO Dom Leca wrote on the company’s blog this morning. “Now we’re joining the Gmail team to accomplish a bigger vision — one that we think we can better achieve with Google.” Sparrow’s apps have gained a devoted and vocal fan base, thanks to their clean design and elegant functionality. The apps integrate particularly well with Gmail, so it’s not too surprising that Google was interested in snapping up Sparrow. On iOS, Sparrow filled the gap for a truly powerful Gmail client (Google released its own Gmail iOS client in November, but it had a very rough start). When it comes to Sparrow’s existing apps, we’re hearing that Google will support them with critical updates, but don’t expect any new features. Sparrow is based in Paris and has received seed funding from Kima Ventures. Terms of the deal weren’t disclosed. Update: Sources tell the Verge that Sparrow was acquired for under $25 million. Filed under: deals, mobile, VentureBeat