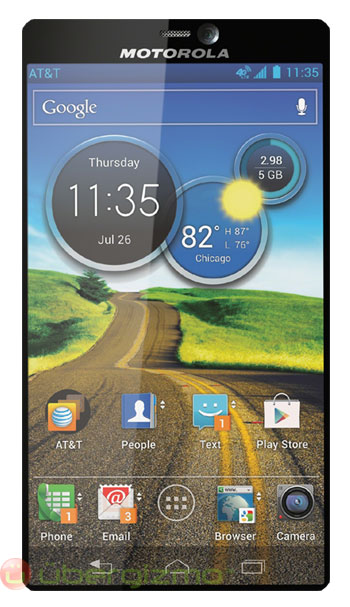 This past week was particularly rich in news, thanks to the IFA event in Germany, but next week will be equally interesting given that Motorola and Nokia are going to launch their high-end smartphone offering for 2012. Both events happen on Sept 5 and Ubergizmo will be there to provide full coverage, so mark your calendars (9am ET and 2pm ET)! The stakes are high, and from what is leaking out ahead of the launch, Motorola will feature a phone that was described by Bloomberg as being a “full-screen” phone, which means that there is little to no frame at all around the display. This would be consistent with Google’s view since Android 4.0 where the physical front buttons became superfluous. If you missed it, Google acquired Motorola Mobility for $12B, partially to help in the patent war with Apple, and the upcoming launch should be the first major handset launch since the acquisition. The new Motorola phone is going to launch on the Verizon network. If true, a frameless design could provide quite a boost for Motorola, and bring fresh novelty in an extremely competitive space
Read More:
Motorola’s next phone allegedly full-screen = frameless

How much can you really trust user reviews ?