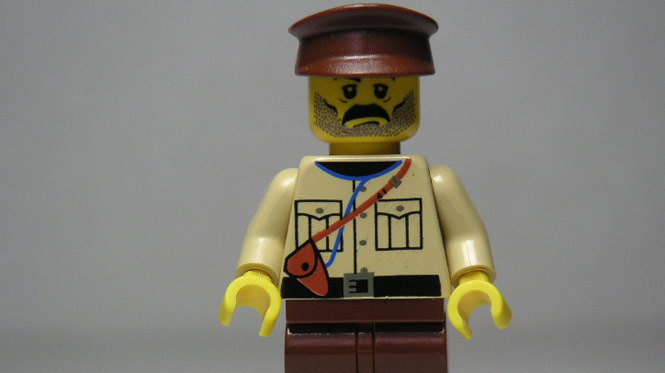 Yesterday, I pulled up the YouTube app on my recently updated iOS 6-sporting iPhone 4S. Or, I tried to. Not finding the video app in my “Watch” folder, where I could have sworn I had put it, I started searching other folders. Not in “Look Up.” Not in “Play” or “Share” or “Navigate.” Finally, I gave up and slow-double-clicked the iPhone’s one button to initiate a search for the app I knew I had. Source: John KoetsierNo YouTube app in my “Watch” folder Results: zilch. Turns out that Apple killed the app silently in the process of upgrading my phone to iOS 6. And I, a long-time Apple user with multiple Apple products and a technology journalist who covers Apple, had missed that little factoid about the latest and greatest mobile Apple operating system. It also turns out I’m not the only one who has done so. Ten thousand people have viewed this question on Apple’s forums about the missing YouTube app, and another thousand have viewed this one. Fantine, in Washington, D.C., had an unsatisfactory answer: Go to YouTube in Safari. Noble Seven tried desperately but cluelessly to help, suggesting that people who can’t find YouTube may have turned it off in their iPhones preferences. But let’s stop and think about this for a moment. Imagine that this was your Mac (or your PC). And, in an upgrade to a new version of the operating system, Apple or Microsoft deleted applications on your device. Instead of PhotoShop, you now get NewAwesomeImageEditor, and instead of Skype, you get … nothing. This is outrageous. Killing the old Google-powered Maps and replacing it with Apple Maps is one thing. It was premature. The app was, if not horrible, at least not ready, and it gave Apple such a black eye that Tim Cook felt the need to issue a public apology — which didn’t translate to restoring the old Maps app — and suggest other companies’ mapping products. (Though not archenemy Google’s, of course.) But at least it replaced something with something, even if inferior. Killing the YouTube app and replacing it with nothing is even more annoying. But it’s also insulting. And maybe even evil. A mobile phone is an intensely personal piece of technology. My phone is mine. I bought it, I pay for it, I use it, and I fill it with apps. It travels with me wherever I go, it stays by my bed at night, and it wakes me up in the morning. It tells me what’s happening, it connects me to the world, and it lets me share what I’m doing with those I love. How dare you reach into my phone and delete my apps? Source: John KoetsierGuess what the #1 free app by downloads is on the app store? All of this has been well covered, in a sense. Ars Technica detailed all the little bits and pieces that Apple has removed from iOS in version six. Others have talked about YouTube’s ungracious dismissal from the iPhone and the opportunity this has provided other video apps. But no one seems to be talking about the arrogance that it takes to update an operating system and delete apps that users may have enjoyed, become accustomed to, and relied on. Consumers, incidentally, are speaking with their fingers right now: Google’s YouTube is the top free app by downloads in the app store today. But are we so used to the gated garden of the app store that we don’t even speak out about this anymore? Are we so conditioned to having limited control over the iDevices we purchase that we just take this for granted? It reminds me of Apple’s Newstand app — the app for magazine subscriptions. Not only can this app not be deleted, the app cannot even be put into a folder. Which means that I and millions of other iPhone users are stuck with a user experience of an app that we do not use and do not want … and cannot delete or even file away. (There was a trick to file it in a folder, but that seems to have been disabled in iOS 6.) This is just unconscionable — even if some fine print in the terms of service or release notes legally cover Apple’s posterior. It’s not the right way to treat users as valued customers, partners, and human beings. It’s not the right way to build user interfaces and experiences. And it’s just plain not right. Behavior like this may seem minor and inconsequential. But as it continues, and adds up, more people might start to think — and act – like iPhone owner Kaitheloner, who had a different solution in the Apple support forums … one which she gave divine thanks for. That solution? Go Android: I thank God that I have an Android tablet (Purchased the unlocked version for a 125$ ) as well as the iPad. Sure the android tablet *****, it hangs like **** sometimes, the interface is bland, but sometimes, it comes in real handy. And I don’t think that is in Apple’s best interests. Note: I did ask Apple for comment on this story, but I have not yet received a reply. photo credit: Dunechaser via photopin cc Filed under: media, mobile, VentureBeat

Dear Apple: Deleting your users’ apps without notification is rude and arrogant