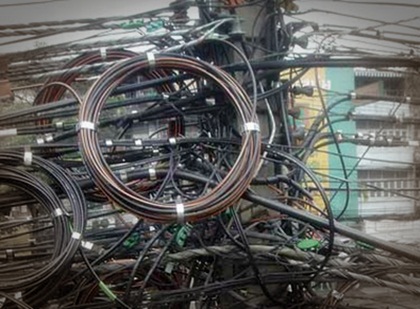 Poverty takes many forms, all of which limit an individual’s potential to live a healthy, productive life. Limiting factors include access to basic services that many of us take for granted, such as access to electricity, safe drinking water and stoves to safely enjoy a meal. These factors exponentially steal opportunities from more than 1 billion people in the developing world, trapping them in poverty.

For example, around 1.5 billion people, or one-fifth of the world’s population, live with no access to electricity.

No access to electricity creates a reliance on expensive and dangerous fuels such as kerosene for lighting.

Ninety percent of the 30,000 deaths that occur every week from unsafe water and unhygienic living conditions are children under five. And many in the developing world still cook with firewood or rudimentary cooking tools that cause them to inhale harmful smoke.

Smoke from cookstoves kills one person every 16 seconds. These factors limit opportunity because kids cannot study, work hours are shortened and health is compromised.

However, technologies exist that could alleviate such hardships. A solar light that charges during the day to use at night reduces or removes the need for harmful fuels like kerosene.

Access to fuel efficient cookstoves that produce almost no smoke have faster cooking times and use less fuel, which saves time and lives.

Unfortunately, the people most in need have no access to such technologies. The remoteness of their location causes the distribution costs to make the price prohibitively high. The poor in remote areas do know these technologies exist.

I co-founded a non-profit that bridges the gap between simple yet life-changing technology and people in need. This non-profit, Kopernik, focuses on the distribution of simple, life-improving technologies to the poorest communities, giving them access to clean energy, safe drinking water and fuel-efficient cooking tools.

We have discovered through our efforts that once people gain access to these technologies, substantial and sustainable changes occur.  In one project, the distribution of solar lights reduced household kerosene expenses from US$ 14 to less than US$ 1 per month, and resulted in measured behavioural changes such as increases in time spent on income-generating activities.

While poverty is perverse and complex, access to simple, life-improving technologies has the potential to guide our path towards eradicating poverty.

Author: Toshi Nakamura is Co-Founder and Chief Executive Officer of Kopernik, the technology marketplace for the developing world, and is a Guest Associate Professor at Osaka University in Japan. Nakamura has extensive experience in international development from his career with the United Nations. He was selected as a World Economic Forum Young Global Leader in 2012. Twitter: @toshikopernik