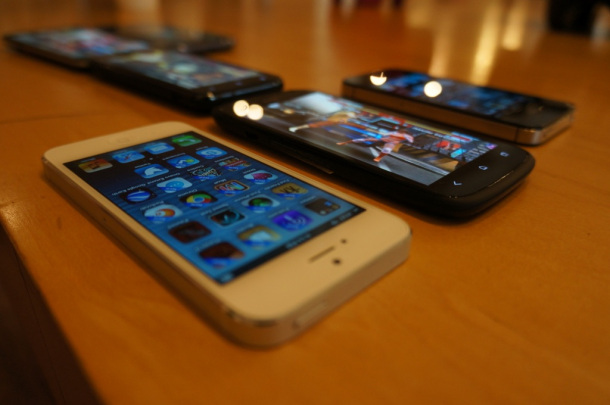 While Samsung is still sitting pretty at the top of the U.S. smartphone market, Apple just climbed to the second-place spot for the first time, according to the latest data from the research company ComScore.

For the three-month period from August to October, Apple climbed 1.5 percentage points to reach 17.8 percent of U.S. mobile subscribers, toppling LG to third-place. Samsung still maintains a healthy lead with 26.3 percent of the market, after growing by .7 percentage points. But it’s clear that Apple is slowly, but surely, beginning to nip at Samsung’s heels.

All of the other top-five mobile vendors, including LG, Motorola, and HTC, fell in market share — which helped Apple reach that number-two spot. And of course, the release of the iPhone 5 in October likely helped Apple as well (though we’ll probably see bigger gains from that event in ComScore’s next report).

Overall, there are 121.3 million smartphone owners in the U.S., accounting for 51.9 percent of the mobile market. That’s 6 percent more smartphone owners than ComScore’s July numbers. In terms of smartphone platforms, Android grew 1.4 points to 53.6 percent, while iOS grew .9 percent to 34.3 percent. RIM fell a whopping 1.7 points, and both Microsoft and Symbian fell slightly as well.

Why the iPhone may finally stop T-Mobile’s subscriber bleeding

Beyond communication: How functional is your mobile phone?