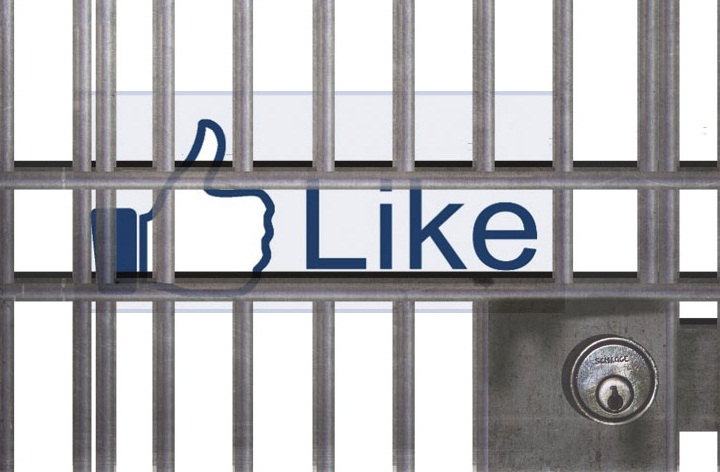 It has been five years since the enactment of Thailand’s controversial Computer Crime Act, a law that experts say has had a detrimental impact on free expression and innovation in the country.

In 2007 Thailand enacted the Computer Crime Act, under which illegal activities include inputting obscene data, forged or false data likely to cause injury to another person, the public or national security; and data which constitute a criminal offense relating to national security or terrorism (section 14). Criminal liability is extended to Internet Service Providers that intentionally support or consent to these illegal activities (section 15).

The law empowers authorities to block or shut down websites deemed as harmful by the State. Heavy prison terms can be pronounced over disputed news, commentary, and information disseminated online, and thus have a chilling effect not only on people’s behavior and discussions over the Internet, but also on internet and web entrepreneurs who don’t won’t do to take the chance of a jail term for hosting their start-up in Thailand.

Facebook button could land you in jail in Thailand for five years, whether you are a Facebook user are just hosting a similar comment on your website if it fails under section 14 or 15 of the 2007 law.

The crimes that this law addresses can be divided along two lines. The first deals with conventional crimes committed online, like illegal access to data, hacking, spamming, and others. But the second part deals with matters of national security and lèse majesté, and is open to broad interpretations, and often compound already existing provisions in the Penal Code about the same issues.

According to Ann Lavin, Head of Policy and Government Affairs (Southeast Asia), Google, speaking in a conference hosted by the Foreign Correspondents’ Club of Thailand

Computer crime law must be on crime on computer and nothing else: it doesn’t need to restate a crime that is already punished in other laws. In that matter Thailand lacks clear rule of law and enforcement, and it creates an ecosystem that is not safe enough for innovators because they are afraid of the possible consequences of article 15. Some of them came to us and said they don’t even know what the law exactly authorize or not. The same limitation is keeping away a number of investors from Thailand: capital don’t invest where the regulations are unclear.

This law has been subject to controversial discussion since it has been used not only to protect internet users from classical computer crimes but to also to block websites which provide political information and allow debates. The most prominent example was the legal case against the Director of Prachatai Chiranuch Premchaiporn.

Chiranuch Premchaiporn, executive director of the Prachatai.com website has been charged with 10 counts of violating Sections 14 and 15 of the Computer Crime Act, each one carrying a penalty of five years. Nothing she did or said or wrote herself:  Chiranuch is accused of failing—as Prachatai webmaster—to take down from the Prachatai web board comments which the government deemed as insulting to the monarchy.

The threat of going to jail just because you forgot to screen a comment or a feedback in an application pushes Thai innovators to go in other countries to launch their products.

Since no reliable data was available on the implementation of the Computer Crime Act, ilaw and researchers from the Thammasat University analyzed the cases under the CCA from July 2007 to December 2011 and studied the problems resulting from the law and its reinforcement. Additionally the study includes a comparison with other computer crime laws in other countries. The most striking findings are that during this time more than 81.000 URLs have been banned and the most frequently content concerns information and images deemed to insult and defame the royal family which accounts for approximately 75% of the blocked URLs.

The results of this study have now been published in a book “Computer Crime?” written under the supervision of Sawatri Suksri, a researcher at the Faculty of Law, Thammasart University.

But the law also have negative impacts on the economy, especially its article 15 which extend the liability of providers much further than in other countries.

Thai people love YouTube, but what they have in Thailand is actually the US version because we don’t have a localized version of YouTube, and this is a consequence of the article 15 of the law.

This prevent us from showing ads in YouTube when you access it from Thailand, thus preventing Thai creators to earn money from their online creations. YouTube has more than 50 localization worldwide, and among them Indonesia, Singapore, Malaysia, India and the Philippines. In  Indonesia 80% of the music in YouTube is local music offering a promotional platform for local artists.

Some people are also able to make a decent amount of money just by posting cooking recipes or children hairdo video. This is not yet possible in Thailand. Other positive use of YouTube include education which has an enormous impact in the US. Only 1% of the web content is in Thai, it should definitively be more.