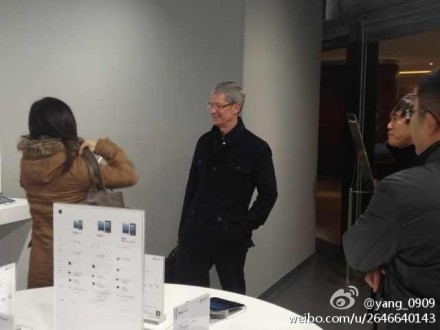 Apple’s (NASDAQ:AAPL) Tim Cook arrived in Beijing two days ago for yet another trip to China, but since then he has been moving in mysterious ways. According to QQ Tech, one of China’s biggest IT news sites, Cook visited China Mobile (NYSE:CHL; HKG:0941) HQ this morning to meet the new chairman Xi Guohua. The site claims that Cook’s social visit was confirmed by a China Mobile spokesperson.

It’s not clear what was discussed if Cook and Xi did indeed meet, but surely the talk will have covered a possible partnership. Currently, China Mobile, the world’s biggest telco, cannot carry the iPhone or iPad since its 3G network uses the unusual, homegrown TD-SCDMA 3G protocol, which no Apple devices support. While China Mobile has over 700 million subscribers, it’s not faring so well in the 3G stakes, in which it’s only marginally ahead of its much smaller rival, China Unicom. China has just over 200 million 3G subscribers in total.

If Apple will never support TD-SCDMA 3G, then China Mobile must wait for authorities to greenlight 4G going nationwide, which might happen later this year, but is much more likely to launch in 2014.

A trawl of Sina Weibo’s social search reveals no amateur paparazzi shots of Cook today. But yesterday he was spotted dropping into an Apple reseller (pictured above) in Beijing’s Chaoyang district. When Cook was Apple’s COO in mid-2011, he was spotted by a fast-snapping netizen as he strode through the foyer of the China Mobile HQ. If he was in the building again today, he did so with ninja stealth.

Computer crime law in Thailand: how bad can it get ?