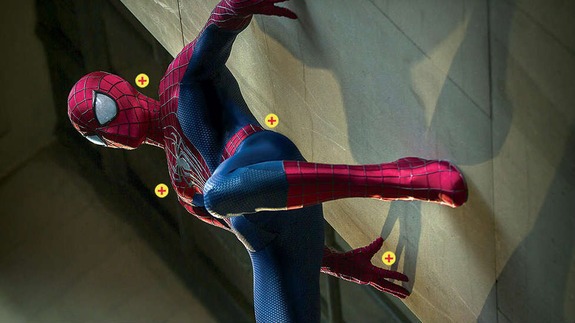 The cost to be Spider-Man may have gotten a little steeper, after details about Spidey’s new suit reveal some high-tech additions. Entertainment Weekly interviewed the team behind Amazing Spider-Man 2, including costume designer Deborah Lynn-Scott, to see how the blue-and-red suit has evolved since 2012’s Amazing Spider-Man. For example, Scott said she wanted our hero’s web shooters to have a built-in MP3 player. “You’ll see early on in the film that he can turn music on that he’s listening to inside the costume through his web shooter,” she told the magazine For more on Spider-Man’s new suit, check out the video, above; then tell us what you think in the comments Read more…More about Mp3, Suit, Spiderman, Costume, and Amazing Spider Man

Zuckerberg: These Internet Services Should Be Free For Everyone

IFTTT hits the iPhone with new recipes for managing contacts, photos, and reminders