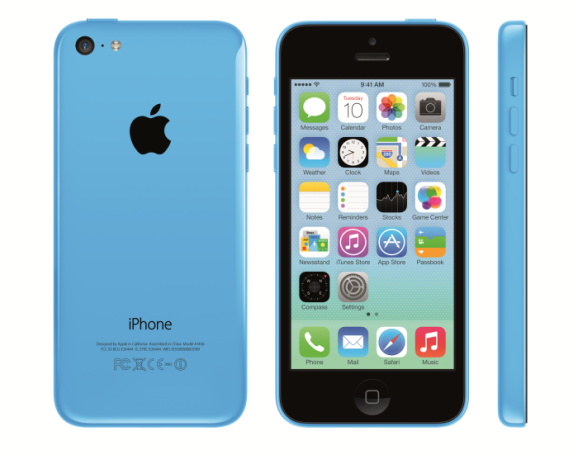 AppleiPhone 5C Dec. 4 – 5, 2013 Redwood City, CA Early Bird Tickets on Sale Apple’s new iPhone 5C is the answer to China, the answer to India, the answer to the entire developing world that might just crave a little more iOS in their lives, and the answer to Android’s 80 percent global smartphone market share. Or is it? See also: “I can’t sell my kidney for this much!” Sure, the starter 16GB iPhone 5C is only $99 with a two-year contract. But that same device will cost first-world slobs like you and me $549 off-contract, if we want to own rather than lease our digital hardware. And will that help translate the mobile map of the world from Apple equals rich to Apple equals all? Let’s put that into local terms for people in developing countries for whom the iPhone 5C is their best shot at owning an Apple device. In China, where one-third of the world’s smartphones are currently being sold, $549 translates to 3359.88 yuan. That’s about an average month’s salary in China, according to this data from 2012, or three months of a bus driver’s monthly salary, according to another source. In other words, buying an iPhone for your average Chinese citizen would be much like buying a cheapish second-hand car for $5,000 to $10,000 in the U.S. That $549 compares to just $130 for a no-contract “Red Rice” phone from emerging Chinese market leader, Xiaomi. Which comes with a 4.7-inch 1080p screen and a quad-core processor … plus, of course, Google’s mobile operating system, Android. That company just passed Apple for sixth place in the Chinese smartphone market. AppleiPhone 5C “This price point is approximately $100 above our expectation,” said Brian White of Cantor Fitzgerald today in a research note. In India, home to over a billion of the world’s people, the $549 price point would equate to 35,048 rupees. Since the average annual salary is around 445,520 rupees, or $8,000 USD, the iPhone 5C would cost about a month’s salary as well. Again, it would be like you and me, soft rich Westerners, buying a brand-new top-of-the-line home entertainment system from a top brand-name with a big TV, full surround sound, and maybe the sofa to watch it on, too. Another industry viewer, Markellos Diorinos of mobile monetization company Upstream, has his doubts that this is the product that will bring Apple goodness to the waiting billions. “If Apple designed the iPhone 5C in order to capture emerging markets, then they’ve made a wrong turn,” he said. “According to recent research we conducted, a third of emerging market consumers would pay only $100 or less for a smartphone. Only 15 percent of the 3,500 consumers we polled in emerging markets would pay more than $450 for their mobile device – putting Apple’s hefty price tag way off the mark.” Oops. The situation doesn’t really get better in Nigeria, which is the third-wealthiest African nation, and where an average salary might be in the $1,000-$2,000 range, though many survive on just dollars a day, and some lucky few might take home $30,000. If you’re white-collar middle-class, that means you might be able to use just half or a quarter of your monthly salary on a new iPhone 5C. AppleiPhone 5C But this cloud has a silver lining. With on-contract pricing starting at just $99, a new, modern iPhone has never been so affordable. And the contact itself is an opportunity, according to Diorinos. “Apple’s high off-contract price tag for the iPhone 5C could be a strategic move to create stronger relationships for the company with MNOs abroad,” he said. “We’ve seen Apple make partnership announcements recently with both China Mobile and Japan’s NTT Docomo, so it could be a move to provide an incentive for subscribers that pushes them to buy their next Apple device through their operator.” Those relationships with Docomo and particularly China Mobile are huge, there’s no question. And there’s also the reality that Apple is a premium brand, which means that going bargain basement would have been a difficult challenge at the quality level Apple wants to maintain, and with the cachet and brand and objéct d’art aura that Apple wants its products to convey. At a very minimum, the iPhone is now more affordable than it ever was, and therefore more available to millions more now than it ever was, and therefore has the potential to sell more now than it ever has — even if some of those world’s lower-income people still cannot afford it. But those will likely still be turning to Android for the lowest-cost smartphones. And maybe not them only: @dylan20 @juhasaarinen @johnkoetsier even in the soft, rich West, bus drivers and rag pickers aren’t buying iPhones. We’re on Android. — Fraser Rolfe (@rephraser) September 10, 2013 .boilerplate-before .event-boilerplate width:278px; margin:0px 0px 10px 20px; padding:10px; float:right; border:1px solid #e4e4e4; font-family: ‘Open Sans’, sans-serif; color:#000; .boilerplate-before .event-boilerplate .logo-date-wrap width:100%; display:block; float:left; margin-bottom:8px; .boilerplate-before .event-boilerplate img float:left; .boilerplate-before .event-boilerplate .date-location float:right; font-size:12px; line-height:14px; text-align:center; padding-left:7px; padding-top:5px; padding-bottom:3px; border-left:1px solid #e6e6e6; .boilerplate-before .event-boilerplate .cta display:block; clear:both; width:100%; border-radius:5px; border:1px solid #1864b1; color:#fff; text-shadow: 0px -1px 0px rgba(0,0,0,0.3); text-align:center; text-decoration:none; font-weight:600; font-size:18px; line-height:17px; padding:4px 0px 6px 0px; background: #1f80e4; background: -moz-linear-gradient(top,  #1f80e4 0%, #1862ae 100%); background: -webkit-gradient(linear, left top, left bottom, color-stop(0%,#1f80e4), color-stop(100%,#1862ae)); background: -webkit-linear-gradient(top,  #1f80e4 0%,#1862ae 100%); background: -o-linear-gradient(top,  #1f80e4 0%,#1862ae 100%); background: -ms-linear-gradient(top,  #1f80e4 0%,#1862ae 100%); background: linear-gradient(to bottom,  #1f80e4 0%,#1862ae 100%); filter: progid:DXImageTransform.Microsoft.gradient( startColorstr=’#1f80e4′, endColorstr=’#1862ae’,GradientType=0 );

This is what Apple’s new ‘cheap’ iPhone 5C will cost in China, India, and Africa

China and the new iPhone 5C: ‘I can’t sell my kidney for this much’