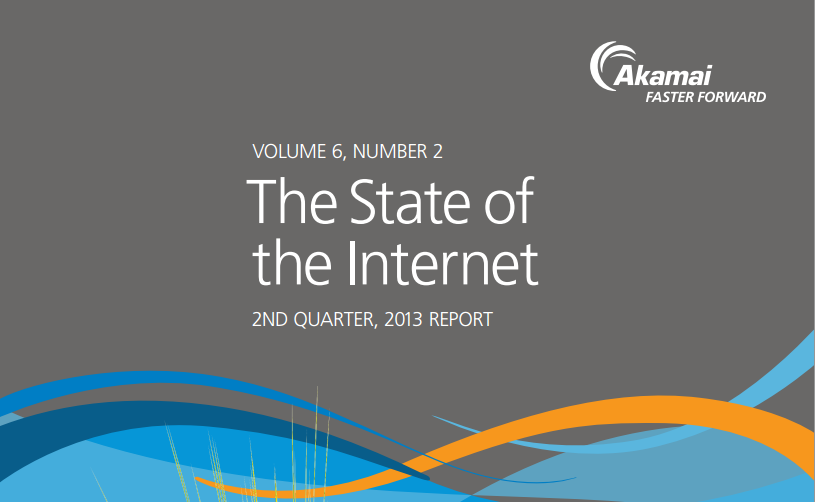 The second quarter saw a wide range of high broadband adoption rates across the surveyed Asia Pacific countries/regions that qualified for inclusion, as illustrated in Figure 26. The strongest adoption was seen in South Korea, at 45% despite an 8.6% quarterly decline, and in Japan, which grew 5.8% to a 43% adoption rate.

Hong Kong and Singapore were the only two other countries/regions to have a high broadband adoption rate above 10% in the second quarter, at 32% and 13% respectively. With a 141% quarter-over-quarter increase to 1.1% adoption, China was no longer the qualifying country with the lowest rate of high broadband adoption — that spot fell to India, which slipped 22% from the first quarter to 0.2% adoption. Quarterly changes were mixed, with Hong Kong and Singapore joining South Korea and India in seeing adoption rates fall, while double digit growth rates were seen in four other countries.

Indonesia, Vietnam, and the Philippines did not qualify for inclusion in the global rankings, but are included here for he sake of completeness.

All three had high broadband adoption rates of just a tenth of a percent, and only Vietnam saw its adoption rate rise quarter-over-quarter. Year-over-year changes across the qualifying Asia/Pacific countries/regions were, by and large, rather strong in the second quarter.

Only South Korea saw a slight decline, and only Australia saw a long-term increase below 10%. Among the others, Thailand and Taiwan more than doubled adoption rates from the second quarter of 2013, and China’s 731% increase was astoundingly large, while increases among the balance of the group ranged from 18% in Japan to 87% in Singapore. Across Indonesia, Vietnam, and the Philippines, none of which qualified for inclusion, only Indonesia saw a yearly increase in high broadband adoption, growing 24% — Vietnam and the Philippines both saw declines in the 7% range

Loading...
The number of broadband subscribers in Thailand has more than doubled over the last five years, although the total number of fixed line subscribers has fallen by over 15%, highlighting a shift to mobile broadband connectivity. [Source: http://www2.nbtc.go.th/TTID/]
More at : http://www.akamai.com/dl/documents/akamai_soti_q213.pdf
Related Topics:
Up Next

Apple makes $27B in China, but Cook wants ‘better’