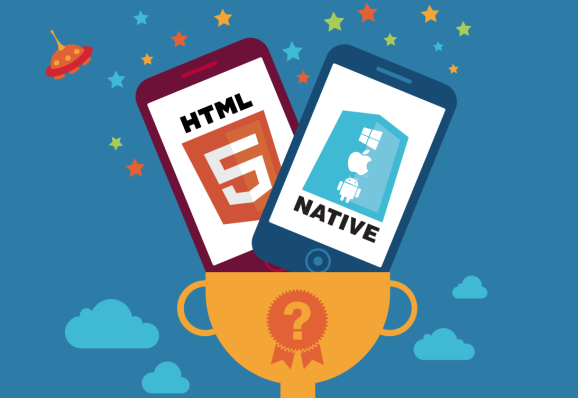 Telerik Dec. 4 – 5, 2013 Redwood City, CA Tickets on Sale Now The debate actually precedes the first app store to hit volume. Should you build mobile apps in native code on each platform, or should you build them in cross-platform code, such as HTML5? Increasingly, however, developers are side-stepping that debate and just voting for whatever makes sense in each individual circumstance, according to a survey of 3,500 developers, CIOs, and CTOs. That’s a bit of a change from last year, when 94 percent of developers were betting on HTML5 to win. In fact, 40 percent of developers have started building native, only to switch to HTML5, and 31 percent have started building cross-platform, only to switch to native. “Developers … are quickly realizing that there is no ‘one-size-fits-all’ solution for their mobile development process,” Todd Anglin, a EVP at cross-platform development toolmaker Telerik said in a statement. “The choice between native and hybrid approaches is dependent on business needs, app requirements, developer skill, development timeline, and other factors.” There is a slight uptick in the number of developers who are going pure HTML5 rather than native, with 41 percent of developers building cross-platform apps rather than native apps, up from 36 percent in January of 2013. And there’s a somewhat significant drop in the number of developers who build pure native, all the time: eight percent, down from 15 percent earlier this year. But most developers continue to use hybrid development methods, with some native apps built with HTML code, some hybrid apps that incorporate native components with shared, cross-platform components, and some apps built in pure cross-platform code. The big question is whether HTML5, which builds app-like interactivity and capability into a web-native format, is enterprise-ready. The answer, according to Telerik’s survey, is that a full third of developers say it is, right now, while a quarter say it will be in the next 12 months. A big chunk of developers, however — 43 percent — say that HTML5 won’t be enterprise-ready before at least a year. And some unbelievers, six percent, say it never will be. That’s a little odd, as 91 percent of respondents said they are already developing with HTML5 — with more projects ongoing on desktop than mobile. And 53 percent said that HTML5 is the way to go multi-platform while also having the benefit of being web-native. Just four percent are developing for iOS only, and just 13 percent are simultaneously developing native apps for all of the web, iOS, and Android. Interestingly, Steve Jobs originally didn’t want native apps on the iPhone, instead preferring web apps. Of course, after the launch of the iOS app store, that all changed, and the tremendous success of Google Play shows a huge amount of interest in native apps in general, not just on iPhone. Today, however, developers are not so religious about native, cross-platform, or hybrid apps, choosing to focus more on what meets the need of each individual project. “When considered in context, we’re seeing plenty of cases where hybrid is the right choice for a given app, and others where native still makes the most sense,” Anglin said. “What developers need, then, are tools that can help them be effective, regardless of the chosen approach.” VentureBeat is creating an index of the most exciting cloud-based services for developers. Take a look at our initial suggestions and complete the survey to help us build a definitive index. We’ll publish the official index later this month, and for those who fill out surveys, we’ll send you an expanded report free of charge. Speak with the analyst who put this survey together to get more in-depth information, inquire within.

Apple and BlackBerry, together at last (in the loser’s column)