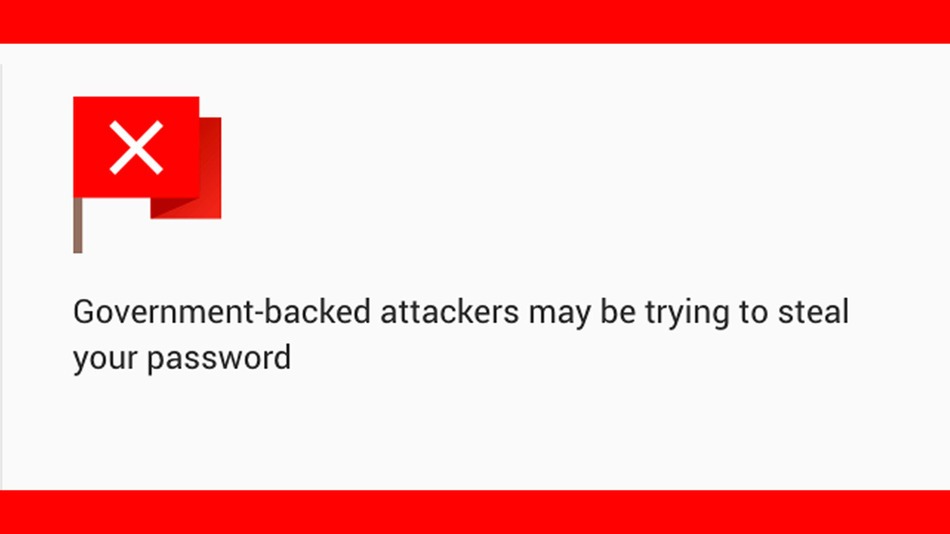 Google is amping up security and protections for Gmail users, giving people a more noticeable warning if there’s a chance the government is trying to steal their password, giving warnings for dangerous links and proposing a more secure email-sending standard.Google announced on its blog that it is expanding upon Safe Browsing to alert Gmail users about the possibility of suspicious government activity.

Since 2012, Google has put a banner on top of users’ Gmail pages that had a warning about state-sponsored attackers if Google believed they were in danger, but starting today people will get a full-page warning about it — very hard to miss.

Google states that there’s a chance its warnings are false alarms, and won’t reveal its reasoning behind the individual warnings so as not to let the attackers know how they were noticed.

Google said the warning only happens to less than 0.1% of all Gmail users, and those people who receive them tend to be journalists, activists and progressive policy-makers.

The specific email warning started five years after Google introduced Safe Browsing, which gives people a full-page warning when they visit a webpage…