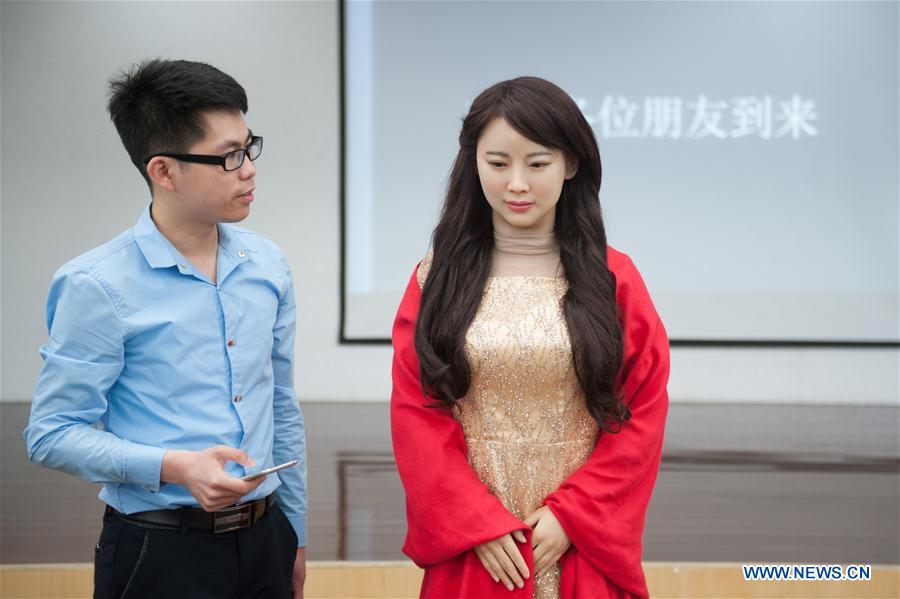 A new interactive robot, named Jia Jia, was unveiled Friday by the University of Science and Technology of China (USTC) in Hefei, capital of east China’s Anhui Province.

“Jia Jia” looks very much like a real woman.

“Hello everyone, I’m Jia Jia. Welcome!” the eye-catching robot said as it greeted the audience at the university’s multi-media center.

“Don’t come too close to me when you are taking a picture. It will make my face look fat,” Jia Jia said.

Is she nice? China's first interactive robot can respond to human orders, make micro facial expressions and do morehttps://t.co/MLs5TS5Jj7

Jia Jia was developed by a robot research and development team at the USTC, which also developed the model service robot “Kejia.”

It took the team three years to research and develop this new-generation interactive robot, which can speak, show micro-expressions, move its lips, and move its body, according to team director Chen Xiaoping.

Compared to previous interactive robots, Jia Jia’s eyeballs roll naturally and its speech is in sync with its lip movements, in addition to her human-like form, Chen said.

Jia Jia can not cry or laugh and these are areas to be developed, Chen added.

“We hope to develop the robot so it has deep learning abilities. We will add facial expression recognition and make it interact more deeply with people,” said Chen.

He also revealed that Jia Jia was “priceless” and the team would not consider mass production, yet.

Jia Jia will be on show at the 2016 China (Shanghai) International Technology Fair from April 21 to 23.