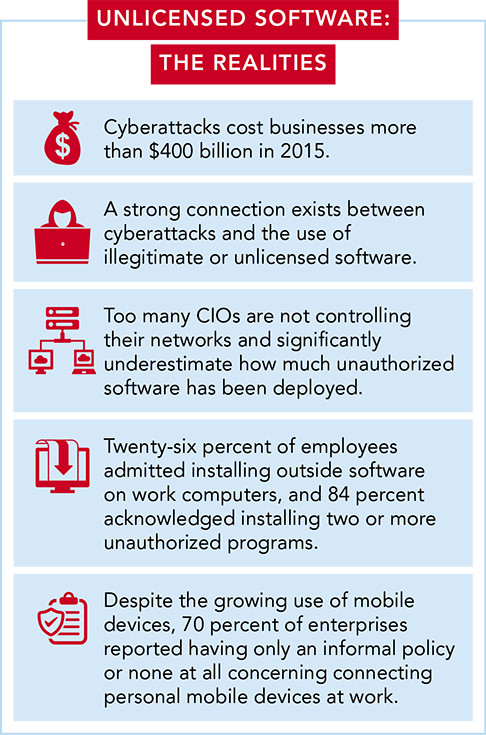 The survey, Seizing Opportunity Through License Compliance, found that in Thailand, the percent of software installed on computers that was not properly licensed was 69 percent. This represents a two-point decrease compared with BSA’s prior study in 2013.

This rate of access has been influenced in part by important trends under way in Thailand.  The overall market for PCs dropped for both commercial users and consumers but the consumer share of the installed base went up.

There was some downward impact from the “consumer effect” on the unlicensed rate, but more of the drop related to increased software copyright enforcement.

“As the report underscores, it is critically important for a company to be aware of what software is on the company network,” said BSA |The Software Alliance President and CEO Victoria A. Espinel.

“Many CIOs don’t know the full extent of software deployed on their systems or if that software is legitimate.”

And the cost of dealing with malware incidents can be staggering. In 2015 alone, for example, cyberattacks cost businesses over $400 billion.

Highlights in this year’s survey, by region, include: