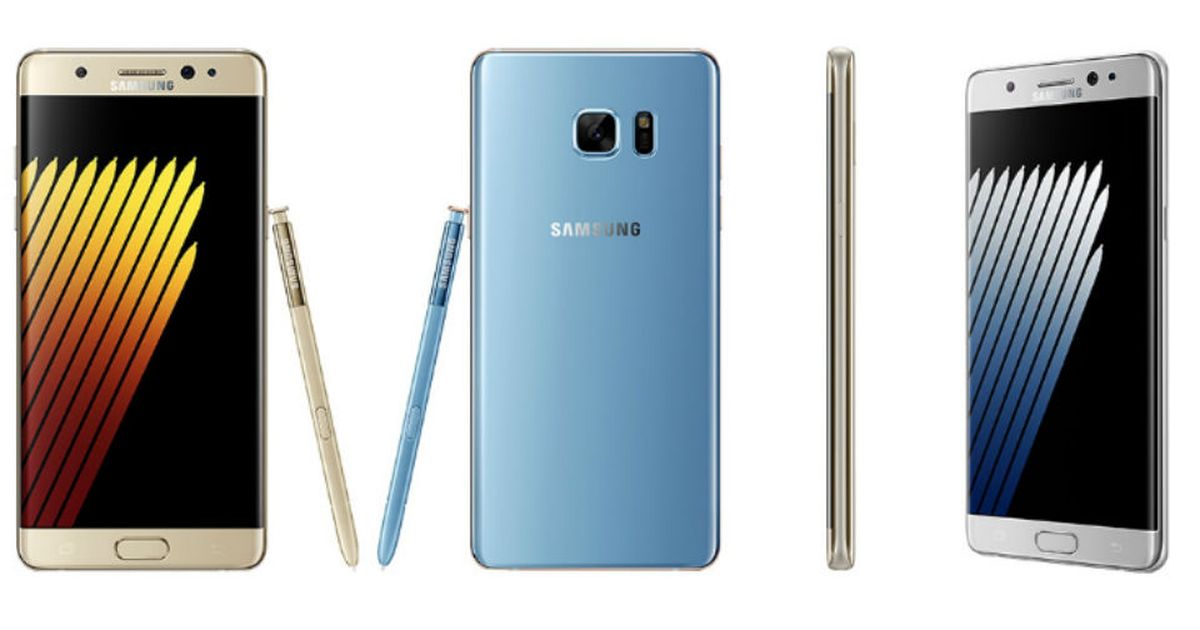 Though Samsung’s upcoming stylus-equipped flagship, the Galaxy Note 7, will officially be unveiled on Aug. 2, we can already see exactly what it looks like thanks to a full set of press photos that made the rounds online.

Published by Samsung-tracking blog SamMobile, the photos show the Note 7 in three colors: blue, gold and silver (the one color that’s missing here is black), and from all sides.

The Galaxy Note 7’s looks aren’t exactly a secret, as several press renders leaked a few weeks ago, but these new photos show the gold variant for the first time and the colors are slightly different.

The new photos clearly show that the Note 7 curves on both sides (similarly to the Galaxy S7 Edge). The third black dot on top is likely the rumored iris scanner

Official specifications have not been unveiled, but the rumor mill says it will have a 5.7-inch quad HD Super AMOLED screen, a 12-megapixel camera and IP68 water/dust resistance.

Interestingly, pre-orders for the Galaxy Note 7 have already opened in Dubai, two weeks ahead of launch. Intrigued customers here can leave an AED 500 ($130) deposit to get their device once it ships.