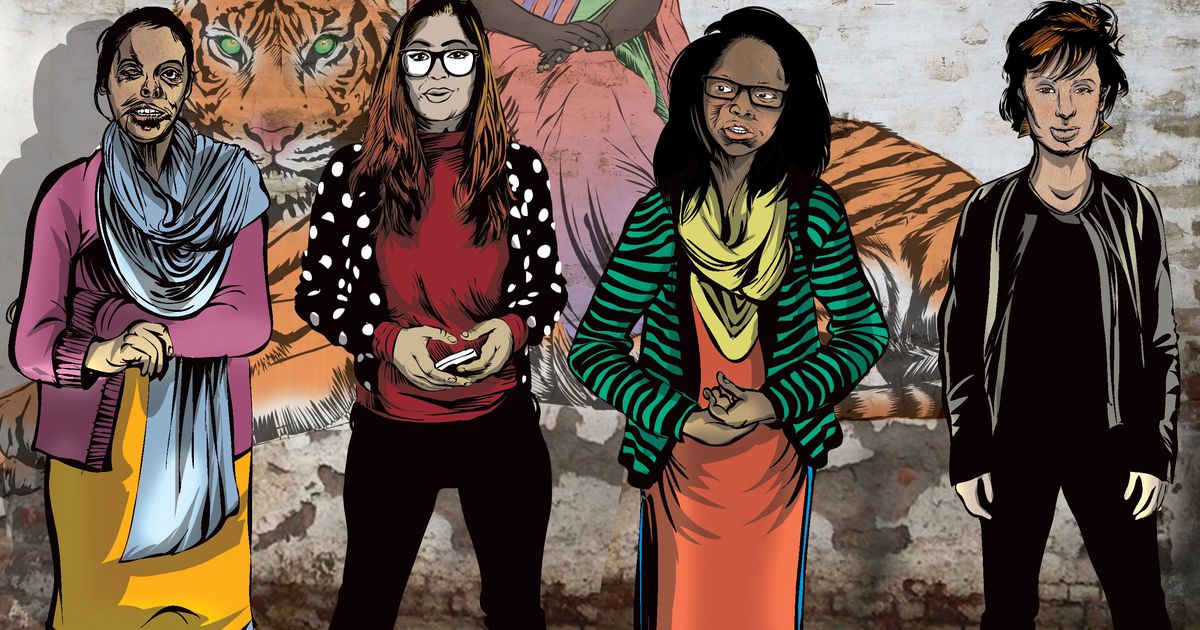 As an acid attack survivor, Monica Singh once found it incredibly difficult to look in the mirror. Her scarred skin brought her back to the day men poured a bucket of acid on her in Lucknow, India — a violent retaliation for her rejection of a marriage proposal.

More than half of Singh’s body was burned instantly, altering her appearance forever. But the activist says using a mirror has helped her reclaim love for her reflection, and for herself.

More than a decade after her attack, Singh’s story is now being used to empower other acid attack survivors through an unusual medium — a comic book. Titled Priya’s Mirror, the book uses augmented reality and image recognition to bring its characters to life on any mobile device.

Singh was the inspiration for Anjali, one of the book’s main characters. The narrative itself, which is based on the format of Hindu mythological tales, curates the real-life stories of several acid attack survivors in India.

“I became my own strength,” Singh tells Mashable. “I used the mirror as a type of therapy to accept what happened to me — and that story was very much intertwined into the comic book. The mirror is Priya’s Mirror, but it’s also Monica’s Mirror, too.”