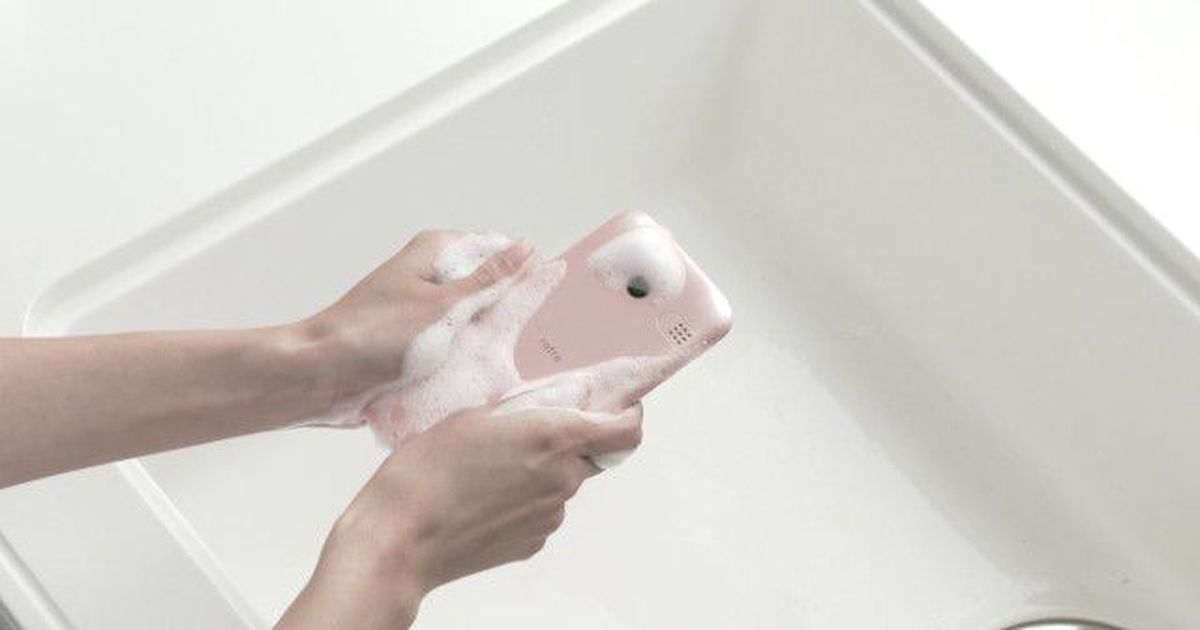 Fact 2: Most phones don’t like water very much. Soap, even less.

Called Kyocera rafre, it’s not only resistant to water; it can also withstand hot water and soap without any trouble.

You can also use rafre’s touchscreen with wet hands or when wearing gloves. And in accordance to the kitchen theme, the phone comes with a preinstalled cooking app which can be operated with hand gestures.

In terms of specs, the Kyocera rafre is an entry-level phone, with a 5-inch screen, 2GB of RAM, 16GB of memory, a 13-megapixel camera, a 3,000mAh battery and (pleasant surprise) Android 7.0.

Interestingly, the phone does not have a traditional speaker (and thus, no earpiece speaker hole, which makes it more resistant to liquids, dirt and dust). Instead, it uses the “smart sonic receiver” technology which transmits sound via vibrations — somewhat similar to Xiaomi’s forward-looking Mi Mix.

Interestingly, the rafre is not the first soap-resistant phone out there. That honor belongs, according to Kyocera, to its predecessor, the DIGNO rafre. There’s a difference though. The new device is resistant to both foaming hand and body soap, while the older phone was only resistant to the former.

The Kyocera rafre will launch in Japan in March 2017 in three colors:…