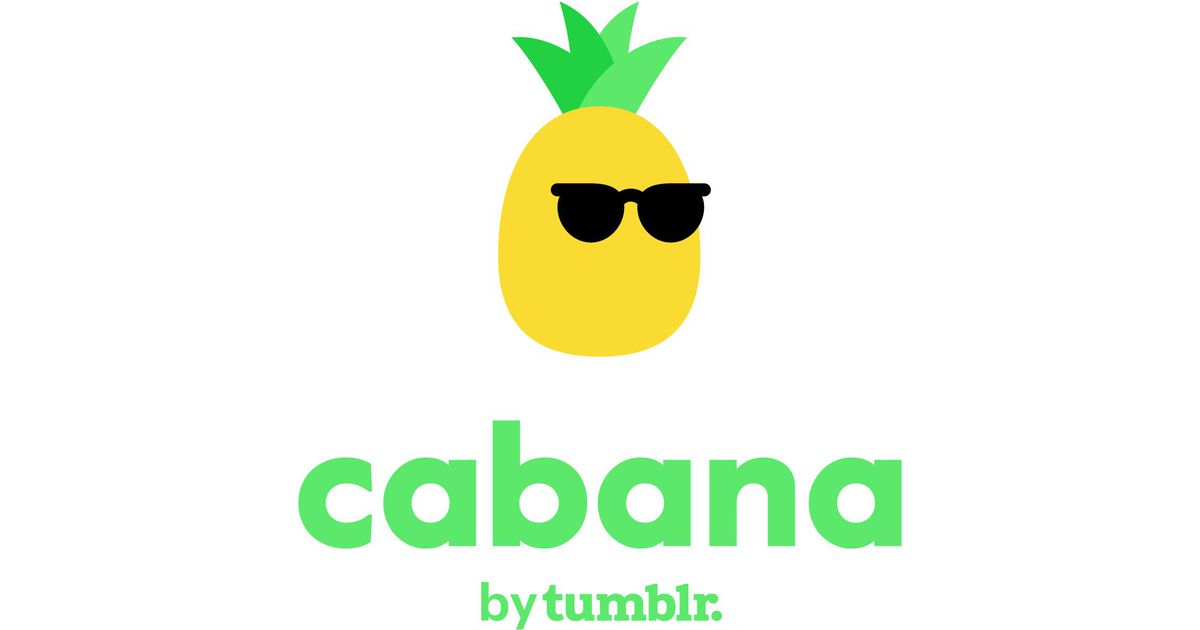 While the world debates about whether Instagram is killing Snapchat or not, Tumblr has been quietly launching updates to its niche and loyal user base. The latest and biggest by far is Cabana, a new app to “hang out” and “watch videos” with your friends that the company announced on Tuesday.

Yahoo-owned Tumblr calls Cabana a “digital couch” that brings together video chat and streaming content. Up to 6 friends can simultaneously hop on a video call and watch a video together to “virtually hang out.” The app allows users to video chat while watching YouTube videos together, in sync.

While the app is separate from the main Tumblr app, it’s still part of the distinctive Tumblr brand, and it shows. The logo, a pineapple with sunglasses on has Tumblr written all over it. “It’s a chill fruit,” said Jason Lee, Director of Product Management at Polyvore Labs, in an interview. “Cabana represents a fun and unassuming place that’s representative of somewhere where you gather.”

The app was born out of Yahoo’s Polyvore Labs and tested well with Tumblr users among ages 13-18. While Tumblr thrives on strangers coming together around shared obsessions, Cabana is designed around people you know.

If the app sounds familiar, that’s because it is. Houseparty, which launched last fall and came from the makers of…

Big data should be driven by business needs, not technology