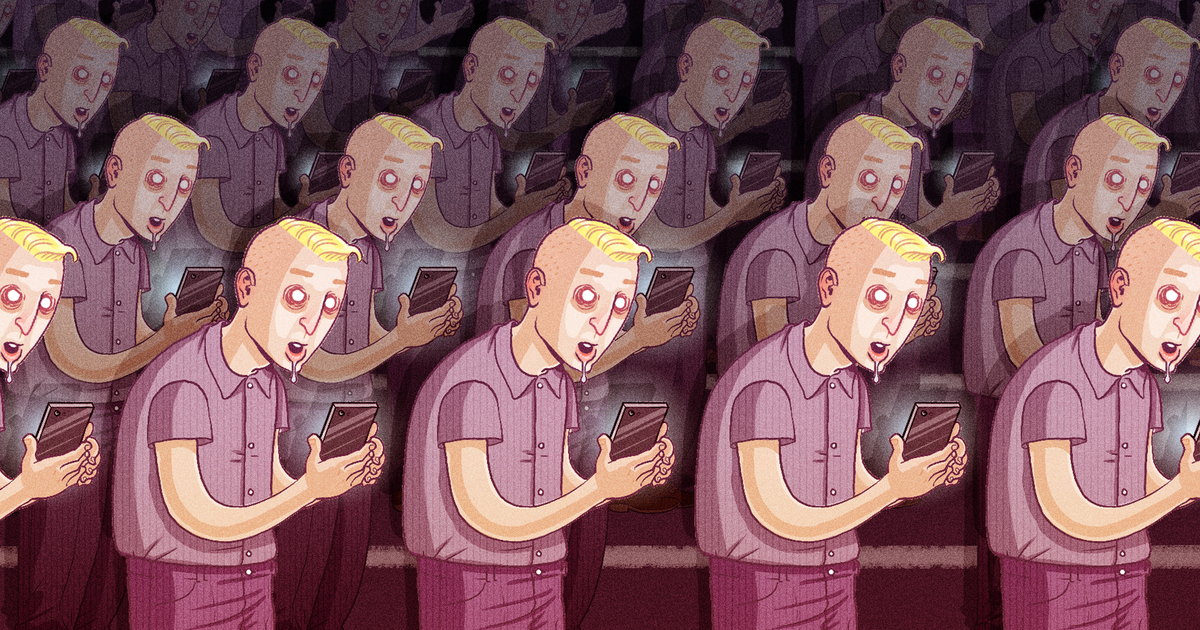 Microsoft CEO Satya Nadella set a high bar for developers at the company’s annual Build conference last week with a slightly off-putting challenge: don’t let your programs — and by extension, our technology — turn human society into a subservient mass of soulless drones.

“I do believe it’s up to us to ensure that some of the more dystopian scenarios don’t come true,”

Nadella said, flanked by a backdrop of the book jacket illustrations from George Orwell’s 1984 and Aldous Huxley’s Brave New World, two of the 20th century’s most well-known works of fiction.

Even if you’re unfamiliar with the term itself, you know (and probably love) countless examples of dystopian media. Typically, the genre imagines a future society as a painful, bleak, and soul-crushing hellscape.

The go-to examples for most people these days, 1984 and Margaret Atwood’s The Handmaid’s Tale, are characterized by complete subservience to a centralized entity like the government or, more broadly, the patriarchy. Toss some extra focus on tech into the mix, and you’re looking at works where AI rises up and takes control like The Matrix or The Terminator.

Given the current political climate, that authoritarianism verging on totalitarianism isn’t so hard to imagine. Comparing…
Read the complete story here

In search of Facebook’s conscience

Facebook and AR : The end of smartphones and TVs is coming