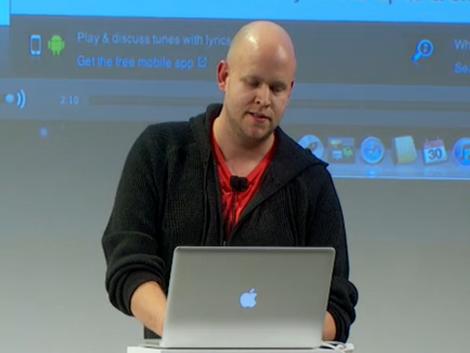 Spotify’s desire to move from a simple streaming service to a full-on ‘OS of music’ has been bolstered by the latest wave of apps for the company’s desktop client.Twelve new applications have been unleashed, joining add-ons like Moodagent, Rolling Stone, Pitchfork TuneWiki and Songkick, which have been a huge success since arriving in November 2011.

Among the new breed are entries from record labels like Warner (with The Warner Sound), DefJam, Domino, Matador and indie company PIAS, all bringing an enriched experience to their vast libraries.There’s also an app called TweetVine, which collates playlists based on the #NowPlaying hashtags posted on Twitter, but not necessarily from those you follow.

Lots of social curation Digster is another interesting addition.

It trawls your listening history and Facebook likes to create new playlists, while Filtr curates track lists based around what your Facebook friends are listening to.Hot or Not is a game, of sorts, which allows you to judge which tracks are indeed Hot or Not while Classify is a portal for all of your classical music needs.The Complete Collection brings album booklets while The Legacy Of… brings historical insight into a host of your favourite musicians.As with the first wave of apps, they’re all free to download and are available from within the App Finder section of the desktop client.There’s still no sign of an app store launch for the Spotify Premium mobile apps which serve the company’s three million paying customers

Google surveys: Why pay when you can read for free?