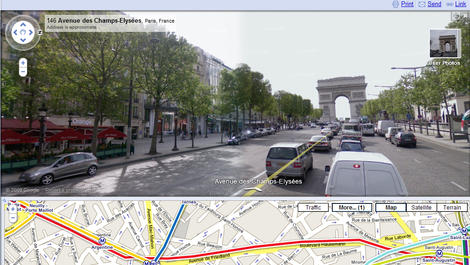 Google has strongly rebuffed suggestions that the Streetview data provided to an investigation by the UK’s Information Commissioner’s Office was ‘pre-prepared.’The ICO is currently seeking more answers from the search giant on the data collected from public Wi-Fi networks, while Streetview cars were mapping the UK in 2010.

Google was fined £25,000 and warned about its future conduct when it was found to have broken rules, but has the ICO has since re-opened the probe amid allegations Google provided doctored data.Incorrect statements and assumptionsIn a letter to the government body, obtained by the Telegraph, Google says there has been “a number of statements and assumptions that incorrectly suggest that the disk made available to the ICO for analysis was “pre prepared” and not representative of the payload collection, and that Google had greater knowledge about payload collection prior to its May 2010 blogpost than previously had been disclosed.”It goes on to say: “Your (The ICO’s) letter raises questions about the extent of knowledge of the payload collection in the Company prior to Google’s public disclosure of the activity two years ago. “The FCC Report and recent media coverage suggests that there was widespread knowledge.