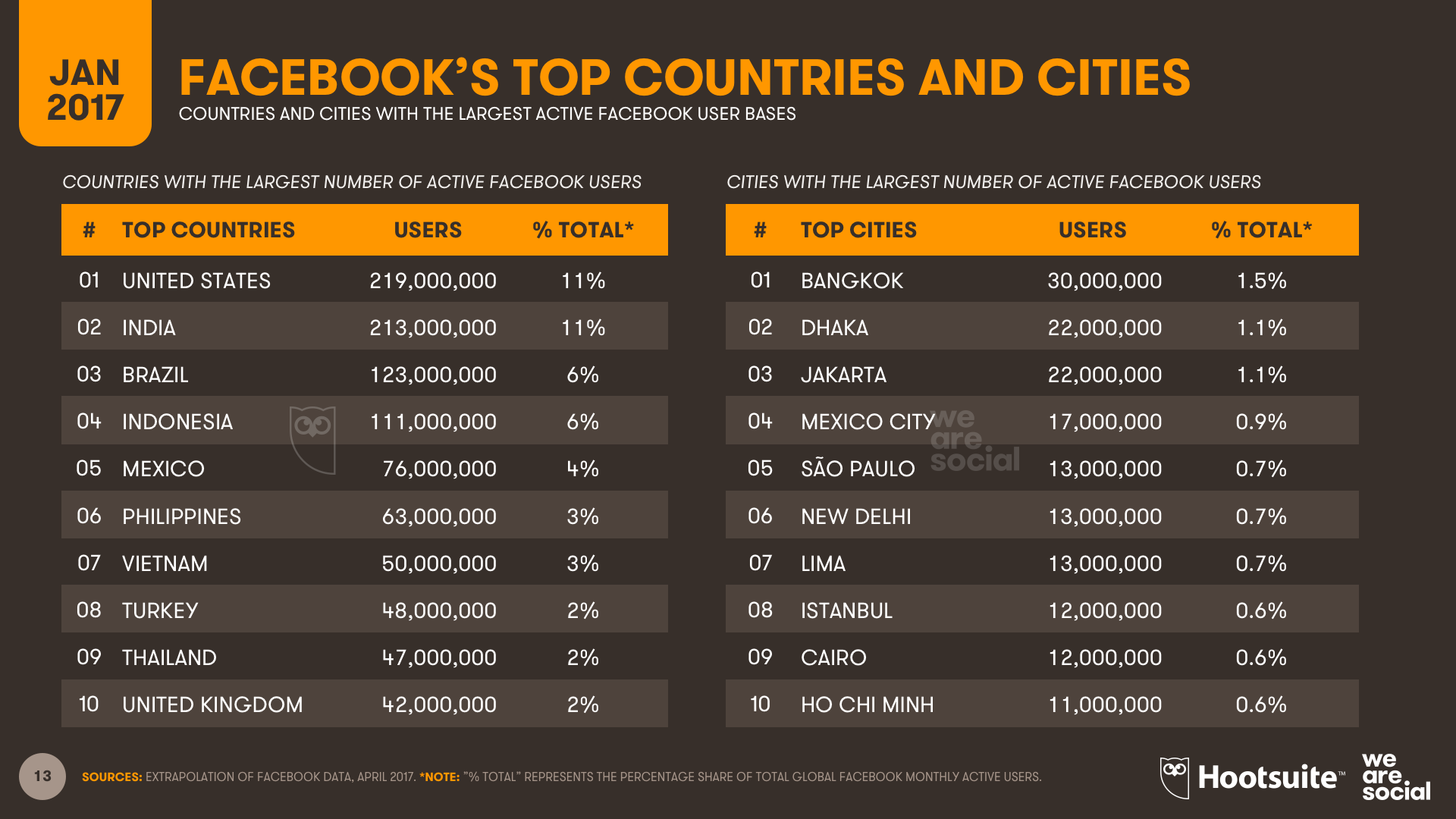 Thailand remains in the top 10 worldwide for social media statistics on network usage and consumer adoption growth in 2017, according to the Bangkok Post.

As of May 1, social media users in Thailand on Facebook, Instagram and Twitter were up an average of 20% year-on-year, rising to 47 million, 11 million and 9 million respectively.

Thailand has moved down slightly in the rankings in terms of Facebook users, to ninth in 2017 from eighth last year.

Bangkok consolidated its position as Facebook’s most active city, with roughly 30 million people in Thailand’s capital using the platform in the past 30 days. However, Thailand still hasn’t reclaimed the title of ‘world’s most social country’, which it recently lost to The Philippines.

Data from GlobalWebIndex shows that the average Filipino still spends more time each day on social media than the average Thai social media user, and the Philippines added three million new Facebook users in the past 3 months, compared to 1 million new users in Thailand in the same period.

Bangkok remains the world’s biggest city for Facebook users in 2017 with 27 million users.

The times of day that Facebook users are most active on the site is during workdays and on Saturday from 6pm to 11pm.

Pnern Asavavipas, managing director of OBVOC Co, a Thai social media research firm, said Thailand ranked fifth in terms of Facebook Messenger users with 26 million as of May 1, out of 724 million globally.

E-Commerce in Southeast Asia : Thailand VS Vietnam VS Malaysia Who is leading the market?

Forget Apps : Web Browsers Are Internet Gatekeepers for the ‘Next Billion’

Welcoming Facebook’s announcement that it has finally closed the accounts of senior military officers in Myanmar who had been blamed for the ethnic cleansing of the country’s Rohingya Muslim minority, Reporters Without Borders (RSF) calls on the social networking giant to act transparently in future. END_OF_DOCUMENT_TOKEN_TO_BE_REPLACED