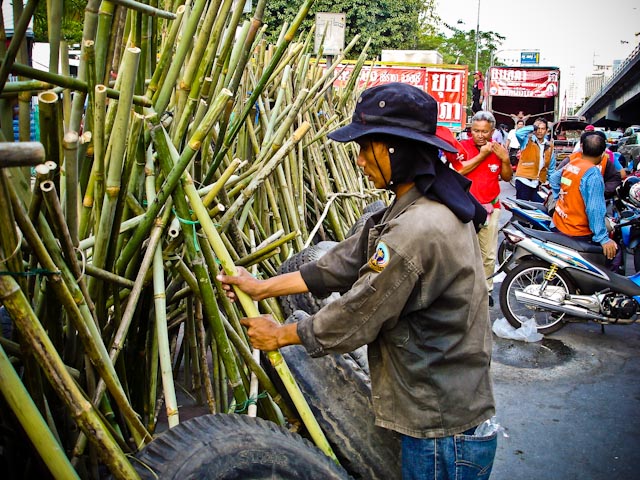 The Federation of Thai Tourism Association (Fetta) estimates that the country would lose about 2 million tourists with expected loss of Bt100 billion during April and May due to the ongoing political turbulence, and current flight disruption in Europe.

Excerpt from:
Two million tourists to keep away due to political turmoil

A Red Shirt protester assemble a bamboo barricade in downtown Bangkok. Almost 100 per cent of tourists from China, Taiwan, Hong Kong and Macau cancelled their trips to Thailand during Songkran. Moreover, those Chinese will not travel to the Kingdom for the rest of the month as well as next month| Picture : Boris Sullivan

Fetta had warned before the Songkran festival that the tourism industry could suffer losses of about Bt50 billion because of the large number of cancellations.

It raised the damage estimate following the cancellation of flights from Europe because of the ash spewing out of the volcano in Iceland, along with the temporary closure of hotels in the capital.