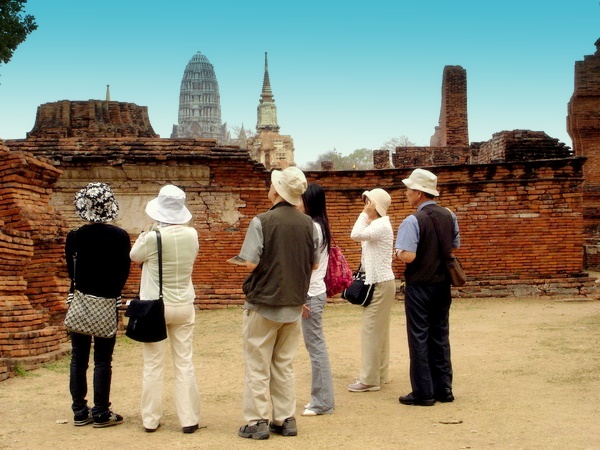 The Tourism Authority of Thailand (TAT) has announced that Thailand received 6,563,099 visitor arrivals during January-May 2010, registering a 16.07 per cent year-on-year growth. Tourism receipts were estimated at 242,559.35 million baht, or about US$7.4 billion, a year-on-year increase of 20.26% in comparison with January-May 2009.

TAT expects a number of markets to continue to perform well until the end of the year. Proximity and value for money will still be the main attractions for tourists from South Asia, the Middle East and ASEAN countries.

via Tourism Authority of Thailand

Many of the traditional measures like waiving of visa fees and special concessions given to the airlines on landing charges have been extended beyond their expiry date of last March. The Thailand Travel Mart 2010 (TTM), the country’s leading home-based travel event, has been postponed to 8-10 September, 2010. More heavy-duty marketing campaigns and stepped up fam trips for travel agents, media, and MICE events organisers will be deferred until the end of the year.

The most cost-effective means of marketing today is social media; such as Facebook and Twitter, which is being used by both the TAT Head Office and all overseas and domestic offices. TAT also sees this as an opportunity to expand its presence into new markets with future potential; such as, the Central Asian Republics, North African countries, and the Middle East. This can be done by working in cooperation with the Gulf carriers like Emirates, Etihad, Qatar Airways, and Gulf Air. Other new markets showing considerable promise are Iran, Turkey, and Israel.
All of these can be developed by improving flows of information, facilitating visa processing times, doing joint marketing with airlines, and organising Thailand product seminars and road shows. Thai tourism industry leaders are confident that the global and local political and economic situation will remain stable over the next few months, and that the rebound should be in the second half of the third quarter. This will help meet the revised target of visitors arrivals for the year. This would be exactly in line with what happened in 2009, when the industry was affected by the global financial crisis in the first half and then generated a strong surge in the second half, with total visitor arrivals of 1.6 million in December 2009 being one of the highest monthly arrivals on record.