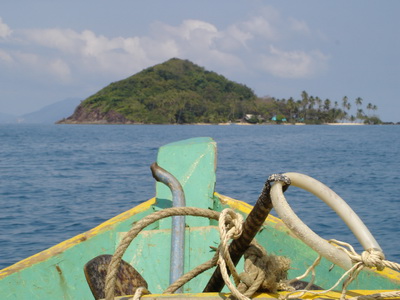 Thailand’s Minister of Tourism and Sports Chumpol Silapa-archa on Sunday said he was confident that Thailand will attract at least 14 million tourists this year after a drop in tourist numbers due to the political turmoil earlier this year.

Speaking at a ceremony to celebrate the eighth anniversary of the ministry establishment, Mr Chumpol said the ministry was affected by the recent political crisis, particularly in the beginning of this year when the number of tourists dropped due to concerns over safety.

However, good signs of a tourism revival could be seen in the third quarter as the number of hotel reservations has increased and the ministry expects to attract tourists to the targeted number at least 14 million people for the whole year, he said.

The minister said he believed there will be nothing serious that could lead to a political protest from now on to the end of the year.

This is more an opinion than a statement, as many people in Thailand seem to think otherwise.

Thailand recorded more than 7.5 million tourists in the first half of 2010 and the number of the tourists for the whole year is expect to reach some 14-15 million people, bringing in US$600 billion if there is no violence related to domestic politics.

Saturday Two grenades were lobbed at the rooftop of the Khao Mun Kai Ton Pratunam late Friday night. No one was injured as a bomb detonated before it reached the rooftop while the other failed to detonate. The attack happened at 11:30 pm.

Red warriors are planning to wreak havoc on the country again, a security source said yesterday.

The information came from Kittichai Jansawasdee, who was arrested on Saturday afternoon after trying to escape from a red-warrior den in Chiang Mai, the source said.

When Kittichai reportedly asked for directions from locals, he looked so suspicious that they alerted their village head, who later sent him to police. The source said that during police interrogation, Kittichai confessed that he had been staying with 12 other red warriors at a resort in Chiang Mai since September 7 but could no longer bear the intense pressure there.

Chinese Tourists avoid Bangkok and go to Samui or Phuket

Tourism Authority of Thailand (TAT) to spend $1.45 million on advertising