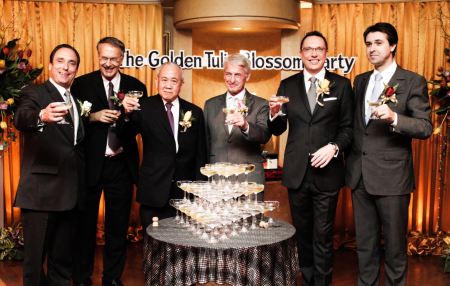 Despite a risk of oversupply in Thailand, French hoteliers such as Golden Tulip and Accor remain confident on expectations of continued growth in the country’s tourism industry.

Paris-based Golden Tulip Hospitality Group, which operates more than 230 hotels worldwide, launched its latest Bangkok property last nightwith an event that showcased the group’s “international standardsand local flavours” with all the flair for which it is renowned.

“We are delighted with the addition of the Golden Tulip Sovereign Hotel to our portfolio, especially as it is our first hotel in the capital city of Bangkok,where our new regional office for South East Asia is located. It is thusof great importance to us strategically and we are very pleased tobe associated with such a well-operated property and with the highstandards of products and services it provides.

The new hotel alsocompliments our Golden Tulip Mangosteen in Phuket and our soon-to-be opened Golden Tulip Mandison Suites on Sukhumvit Road. We lookforward to a continuous and successful roll-out of our brands in Thailandand throughout the region.”

Accor Asia Pacific plans to add 16 new properties to its Thailand portfolio by next year.

Accor is confident its strong brand, worldwide network and good locations will enable its existing and future hotels to outperform its competitors.

The 16 new hotels will offer a combined 3,642 rooms, bringing its nationwide total to 13,539 rooms at the end of next year. Eleven hotels will be opened this year and the rest in 2012.

Thailand, Singapore and India are leading Medical Tourism in Asia