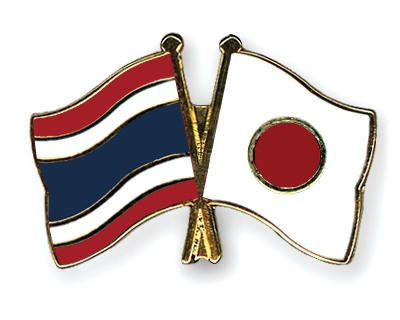 Japanese visitors will be granted a visa on arrival for 90 days, instead of 30 days, for a period of six months, starting from 1 May to 31 October 2011. The decision was made by the Cabinet, during its meeting on April 26, when the Ministry of Tourism and Sports submitted the proposal for approval.

Japanese visitors will be granted a visa on arrival for 90 days, instead of 30 days, for a period of six months, starting from 1 May to 31 October 2011.

As a result of the disasters, Japanese arrivals in Thailand in 2011 are likely to drop, and Thailand may lose about 15-20 billion baht in tourism income from the Japanese market this year.More than one million Japanese travelers visit Thailand each year. After Malaysia and China, Japan accounts for the third largest group of international tourists in Thailand. It was projected earlier that about 1.2 million Japanese tourists would visit Thailand in 2011.

Following the Japanese crisis in March, Japanese arrivals are likely to drop to 850,000, down by 12 per cent from last year.Since Japan is one of Thailand’s largest tourism markets, the Ministry believes that the extension of the permitted length of stay for Japanese visitors without visa fees will help strengthen relations between the two countries.

It will also encourage Japanese tourists to come back after Japan recovers from its current crisis.Meanwhile, Mr. Takeaki Matsumoto, Foreign Minister of Japan, expressed his appreciation to the Thai government for dispatching medical teams consisting of one pediatrician and one nurse to assist Japan’s own medical teams upon the request of the Japanese government.

A report from the Ministry of Foreign Affairs of Thailand said that the Thai-Japanese medical team would be assigned to provide medical check-ups and advice to evacuees, especially young children currently living in evacuation shelters around Fukushima province and nearby areas.Each team is scheduled to work with Japanese medical teams for two weeks, with the first team starting its mission on 9 May 2011. Subsequently, the second team will replace the first team and remain in Japan for another two weeks. Soon after the aftermath of the earthquake and tsunami, Thailand informed the Japanese side of Thailand’s estimated 500 Japanese-speaking Thai doctors and nurses who stood ready to provide medical assistance to the victims in Japan upon request.

via Inside Thailand — Japanese Tourists Allowed to Stay Longer in Thailand.

European Tourism in Thailand rose 7% in 2010