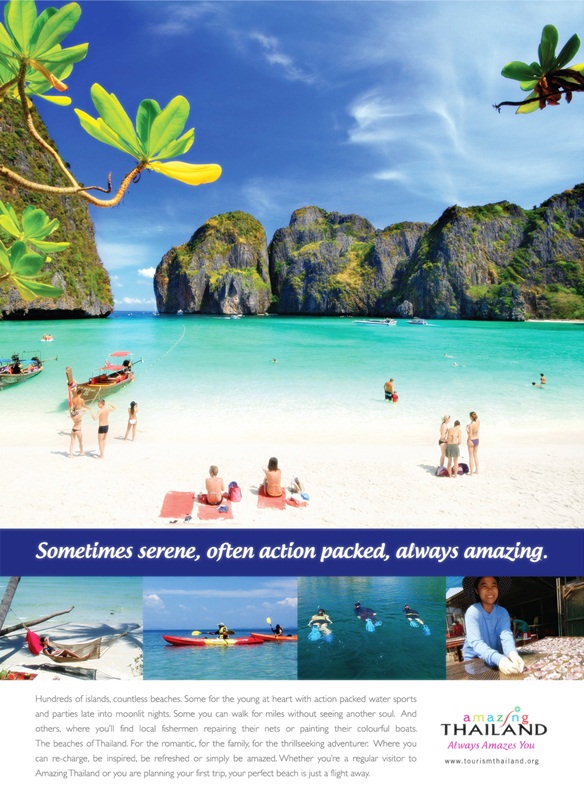 The most notable among these is the World Heritage Site in Ayutthaya, around 50 km north of Bangkok, where the flood water is already receding.
Other tourist attractions and destinations outside of Thailand’s central provinces are experiencing normal conditions and continue welcoming visitors. This includes Pattaya, Phuket, Rayong and Chiang Mai, which are favourite destinations for tourists from China.

The airport, which has considerable water management and flood prevention measures, serves over 800 flights per day. There were more than 958,000 international visitor arrivals at Suvarnabhumi Airport during October 2011, an increase of 6.7% over the previous year. Connecting flights from Suvarnabhumi Airport to other airports to other destinations within Thailand are operating normally.

Don Mueang Airport, which has not handled international flights for more than five years, is the only airport in Thailand closed due to flooding. Two small domestic airlines based at Don Mueang are currently operating their daily flights out of Suvarnabhumi Airport.
In the Bangkok Metropolitan Area, the central part of the city is not flooded and government officials are confident their flood prevention efforts will keep it dry except for some places close to the Chao Phraya River during high tides. Flooding in the Bangkok area is mainly in outlying residential and industrial zones in the city’s east and west, the city’s northern districts, and the western side of the Chao Phraya River.

“At the TAT, our hearts go out to all the Thai people affected by the flood,” said TAT Governor Suraphon Svetasreni. “All Thais are pulling together to help each other and the country has received generous support from many countries, especially the people of China. The flood waters are receding in the central provinces, all the way down to Ayutthaya, and the cleanup has begun. The remaining floodwaters in the affected parts of Bangkok and the surrounding provinces are expected to be clear within the next four to six weeks. Meanwhile, tourist destinations in the rest of Thailand are ready to welcome visitors from China.”

China is one of Thai tourism’s most important markets

“The TAT hopes that more travellers from China will visit Thailand, especially those who planned to come during the high season. They will enjoy all the country has to offer while making an important contribution to the Thai economy, especially in terms of supporting jobs in the tourism sector that will generate income for the Thai people,” said Governor Suraphon.

Thai tourism has proven to be very resilient in the past, recovering quickly when faced with difficult times. The TAT aims to ensure that travellers from China understand the current flooding situation has not involved most of Thailand’s tourism attractions and destinations, so they can still come to the Kingdom for their holidays. To do this, the TAT is bringing 100 members of the Chinese media to see first hand that very few of Thailand’s tourist attractions were affected by the flood. More than 300 media from other countries worldwide will also visit Thailand on similar trips over the next weeks.

China is one of Thai tourism’s most important markets. During the first nine months of 2011, international tourist arrivals to Thailand reached 14.4 million. Over 1.3 million of these arrivals were from China, a 9.06% increase over the same period last year. Some 42% were repeat visitors and 43% travelled in group tours.

When in Thailand, visitors from China prefer shopping and entertainment venues, with a growing trend towards personal relaxation, Free Individual Travellers (FITs) and tours that offer in-depth Thai cultural experiences. Average daily spending for Chinese travellers is approximately 4,425 Baht per person, with an average length of stay of about one week.

Thailand is open for business, but needs to convince more