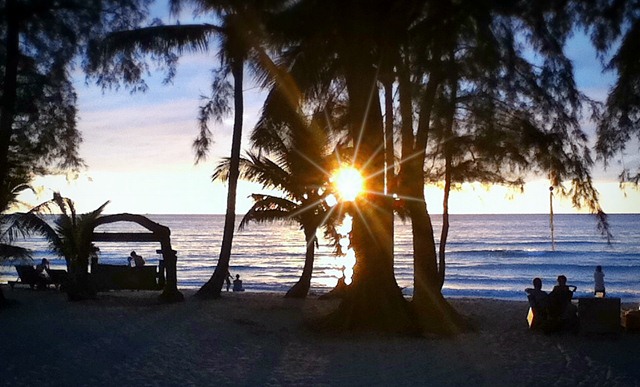 A source at the Tourism Ministry said it would fund the budget along with the Agriculture and Culture ministries and the Prime Minister’s Office. The Tourism Ministry’s share is Bt5.4 billion, including Bt4.8 billion from the Tourism Authority of  Thailand. TAT, the Thailand Convention and Exhibition Bureau and tourism associations will work together on the details of the campaign.

The Tourism and Agriculture ministries plan to make Ratchadamnoen Nok Avenue a walking street to sell One Tambon One Product items and feature artistic performances. TAT will also be responsible for creating events related to highlighted products in each district in key tourist destinations. However, not everyone in the tourism business is enthusiastic about the scheme in and of itself. Sisdhivachr Chevarattanaporn, president of the Association of Thai Travel Agents, called for a long-term plan from the government to ensure the sustainability of Thai tourism and the travel industry.

“Creating world events luring tourist arrivals is not enough for long-term business. Promotion plans for strengthening local tourism enterprises and incentive plans for overseas investors should be among the first priorities,”

The Prime Minister called on the public and private sectors to join forces in working out tourism strategies, saying that tourism was now a major income earner for Thailand.

She stated that despite the flood crisis in 2011, the number of foreign visitors rose to 19.1 million, accounting for an increase of 20 percent. The tourist arrivals generated 730 billion baht in earnings for the country, and they are likely to continue to increase.

The Prime Minister believed that the tourism business would face greater competition in the future. So all sectors involved should give a helping hand in impressing visitors and making Thailand better known, which would lead to more economic value from tourism.

Prime Minister Yingluck said that during her recent visit to India, she learned that Thailand was a popular destination among Indian tourists, who enjoyed shopping and organizing wedding ceremonies here. She suggested that tourism business operators pay greater attention to the Indian market by arranging various tour package programs for visitors from India.

As Thailand will host the World Economic Forum on East Asia 2012 in Bangkok on May 30 and June 1, the Prime Minister urged people involved to take this opportunity to step up tourism campaigns to attract more tourist arrivals. In the next few years, she said, the ASEAN Economic Community will be formed, focusing on the free flow of goods, services, investment, and skilled labor. As a result, people in the 10 ASEAN countries will travel within the region more conveniently. This will contribute greatly to the tourism business. In order to cope with the situation, Thailand needs to be prepared for the ASEAN market, with a total population of about 600 million.

As for the impact on the tourism industry by the recent travel alert on a possible terrorist threat issued by the US Embassy in Bangkok, followed by a travel advisory from several embassies, Prime Minister Yingluck said that the Ministry of Foreign Affairs was now discussing the matter with the US Embassy. But time is needed, and both Thailand and the United States have already reached better understanding about this matter. Several countries have also lifted the warning.

The Tourism Authority of Thailand expects 19.5 million international tourist arrivals in 2012, bringing in 766 billion baht. Domestic travel is expected to see 107 million trips, generating 442.2 billion baht. Thailand is revitalizing its tourism industry under the campaign “Miracle Thailand” this year. In response to the campaign, the Prime Minister expressed her support for the move to help boost confidence among tourists.

TAT to spend $7Mn for tourism promotion in 2012