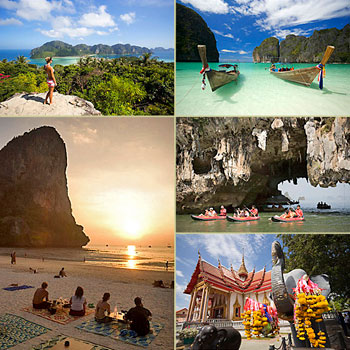 Tourism Council of Thailand reported, Wednesday, its tourism confidence index for April to June 2012 dropped eight points to 92. Research was compared to a normal confidence benchmark of 100. The index gained data from 600 tour agencies.

The TCT index showed that 64% of interviewed tour agencies said they were still worried about the country’s economy, while 49% said the rising cost of products had impacted on travel in the second quarter, which is traditionally the low-season for inbound market.

Moreover, 81% of those interviewed said rising prices and a higher cost of living was having a negative impact on business; 39% of the tour agencies said they had made adjustments.

Of the travel operators who adjusted operations, 49% increased prices by 10% to 30%, while 40% of them laid off staff.

But 47% of all agents interviewed believed the government’s tourism policy would encourage tourists to travel, while 42% said the government should build a positive image for the country’s tourism industry. Other suggestions: 46% said the private sector should raise awareness; 40% advised local communities to take part in tourism and 37% said they needed tourism operators to be more united.